When Rahul Gandhi Starts Getting Retweeted More Than Modi

If you had told me in 2014 that, in just a few years, Rahul Gandhi's Twitter account would have more retweets in a month than Narendra Modi's, I would have laughed. But it turns out that's precisely what has happened over the past weeks. India Today crunched the numbers recently, and found that @OfficeOfRG got 2,784 retweets in September on average, as compared to 2,506 for Modi and and 1,722 for Arvind Kejriwal. So far in October, they say, he's scoring even better, at 3,812.

"The Return and Rebranding of Rahul" has been announced so often it's a bit of a joke. And I doubt that's what is happening here, actually. What's likely instead is that Gandhi, or the people around him, have finally woken up to the fact that earnest conversations with lifelong Congress workers simply won't be enough for the party to survive into 2019, let alone beyond.

Gandhi has some pretty stern and earnest views about politics. He thinks it is, as the internet meme has it, Serious Business. Also, he has constantly tried to claim that a vote for the Congress is not about him, but about the party. That's all very well, but Indian politics had reached a point where many people would not vote for the Congress precisely because of him. His attitude to the media contributed to this in no small degree. Burned by some early interviews shortly after the United Progressive Alliance first came to power in 2004, he tried to ration access. On the occasions when he did speak, his artlessness and clunky metaphors seemed exactly wrong for an age in which political currents were created in 140-character bites. The only way to salvage his reputation would be for people to get used to his communication style, which can charitably be described as unpolished. I suspect that this is part of what is happening now; nobody thinks Rahul Gandhi has gotten any better, but there are simply more of his statements out there - and people are thus listening to them as more than just joke fodder. 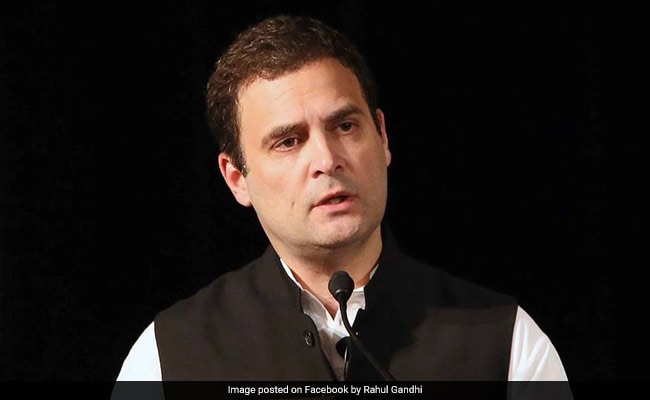 When he decided to go on a speaking tour of the United States a few weeks ago, I was as puzzled as anyone else. It seemed totally in keeping with the "feckless princeling" image that the BJP's social media cell has so assiduously sold us for years. Why isn't he in Gujarat or Himachal Pradesh or Maharashtra instead of in Berkeley, I wondered, along with, no doubt, millions of others. But, oddly, the US trip seems to have worked for him. He produced no particularly profound insight on stage in Berkeley, but he didn't make any unforced errors. He stayed on-message, talking about jobs. He engaged with questions - a notable difference from the prime minister - and he didn't come across as either a feckless princeling or a raving idiot. By the standards of the media discourse around Rahul Gandhi, that was an enormous improvement - and people noticed.

Perhaps it wasn't odd that the US trip helped. I think Gandhi would have had struggled to find an audience as open-minded in India as he had in Berkeley; an Indian audience would have come there with their minds made up one way or another. In front of an audience that simply regarded Gandhi as just another speaker, he could do a lot better - and, paradoxically, change a few minds back home as well. It's sad but true that we tend to value how our politicians perform abroad. Modi himself became a phenomenon on the back of rabid approval from non-resident Indians in America, after all.

When he returned, he eventually made that trip to Gujarat, where once again he largely failed to make meme-worthy mistakes. He even took a page out of Modi's book and earned cheap viral cred by berating a hapless journalist - however much you're hated when you're a politician, a journalist, any journalist, is hated more. He talked about jobs, about Amit Shah's son, and so on - staying current, staying on-message. 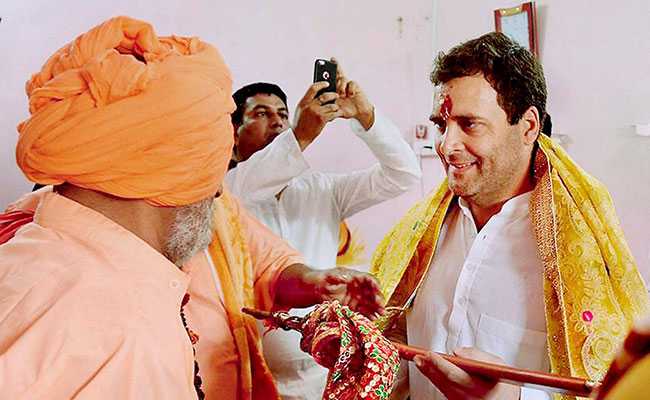 On his three-day visit to Gujarat, Rahul Gandhi visited a number of temples.

Again, this is a defensive rather than an offensive strategy. I'm not sure Gandhi is winning over any new voters to the Congress; he's merely making the Congress less unattractive as an option to those who might have voted for it in the past and were turned off by the UPA and particularly by his own toxic image. I am a little startled by the speed of the change, though - his followers have increased 85 per cent since May - but that is perhaps because Modi is going through something of a rough patch. The economy is slowing, some of the PM's fans are a bit disenchanted, the pro-Modi chorus on social media is muted, and the BJP's once-formidable social media cell seems to be suffering from an excess of ineptitude at the moment.

Will the Congress, and Gandhi himself, be able to capitalise on this favourable moment? Perhaps, as is being reported in some quarters, they should indeed change his Twitter handle from the somewhat ridiculous @OfficeOfRG to @RahulGandhi; the Congress vice-president had better get used to a more personal politics from now on.

But, in the end, what will make the difference is the ability to mobilise voters. And for that to happen, three things are necessary: a robust organisation, empowered local leaders, and a positive, forward-looking message. In its record-breaking win in Gurdaspur last week, the Congress benefited from having the first two:  its party organisation in Punjab is far from dead, and Amarinder Singh is popular and completely in charge. Until that is replicated across the country, retweets won't translate into votes. And finally, an anti-Modi message might serve to get Congress workers off the back foot, but it won't win a general election. The Congress had better work to provide a positive and simple view of the future to potential voters. For example, it could commit to a uniform civil code - one that is liberal and progressive, unlike anything the BJP would legislate. Such drafts are floating around at the moment. The party should also stop harping on its past glories - fewer "Know Your Legacy" bits about Indira Gandhi would help - and try and figure out if it has a vision of the future to offer that can compete credibly with Modi's. Without such a vision, no social media strategy will help the Congress to survive 2019.