Will Mamata Banerjee emerge as the Opposition's consensus candidate for Prime Minister in 2024? In her, have the anti-BJP parties found the leader for whom they have long been searching? Does she have the credentials, the temperament and the stature to lead a diverse group of leaders with varied interests? Will she be the king or the king-maker? These are the questions being asked after her first visit to Delhi in two years.

From one perspective, this is indicative of the new beginning. So far, the Opposition has been blamed for being lazy and listless, for having neither the knack nor the credentials to put the Modi Government on the mat. Since 2014, Indian democracy has been a one-way affair - never before has a Prime Minister had such an easy run with the Opposition unable to take him on effectively even on large scandals or basic issues like unemployment. But things are changing now. Before landing in Delhi, Mamata Banerjee generated a buzz which has not been characteristic of the Opposition. It now appears charged with Mamata Banerjee providing the impetus. There are three factors to consider about her role:

Firstly, her succulent victory in the Bengal election in May shook up both the BJP and more importantly, the Opposition. The 66-year-old proved that Narendra Modi is not invincible, even when the centre uses all the agencies at its disposal to circle an opponent. Modi and Amit Shah left no stone unturned in the campaign for Bengal. And with the help of compromised media, the BJP tried to project an ignominious result for Mamata. From vulgar polarisation to personal attacks on her to the misuse of investigative agencies and constitutional institutions, every trick available in the book was used - and finally, it mattered not a jot. Mamata returned with an even larger result than in the 2016 election. While neutralising the ten years of anti-incumbency, she improved her vote share by five percent, which is a huge thing. For the Opposition, her triumph serves - or should serve - as proof that the psychological barrier that presents the BJP as unbeatable in its current form has been broken down. 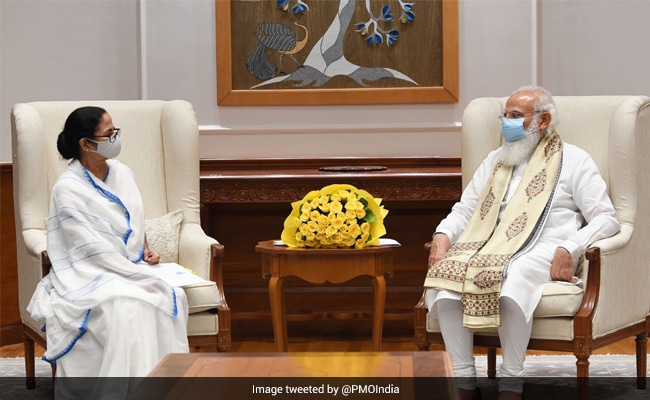 Secondly, Mamata refused to be intimidated. She famously said during her campaign, "Jo dar gaya, so mar gaya" (if one is scared, it's all over). Mamata is a street-fighter. While she was a young member of the Congress, she stood out because she refused to be intimidated by the CPM's violent tactics in Bengal. She was attacked physically on different occasions; each time, she fought back with vigour and vengeance. Even in this election, her leg was injured - and she continued her campaign in a wheelchair with her leg in a plaster. When she became suspicious of how the votes were being polled in her constituency of Nandigram (she lost), she stayed put at one of the polling station for hours. Her theatrics, her instinctual ability to leverage public theatre to activate mass support, is noticeable. Nobody likes a quitter. Mamata's aggression is infectious. Her communication was simple. If Opposition leaders are small-hearted or intimidated, they stand no chance against Modi-Shah. To defeat Modi, one has to be Machiavellian in tactic and daredevil in approach.

Thirdly, till Modi won Gujarat in 2012 for his third term as Chief Minister, he was not taken seriously as a leader with the potential to operate at the national level. But after that third consecutive victory, it was not easy for others in the BJP, or outside, to ignore his claim to a far larger role. Mamata's victory in May has done the same for her. Among the Opposition, there is no leader except Naveen Patnaik who has won a state three times in a row. Even a veteran like Sharad Pawar can't match her on this count. Pawar is known for his networking and friends in every camp, but he never had such a consolidated term as Chief Minister and his party has never won Maharashtra entirely on its own strength. Rahul Gandhi's record in winning elections belies his status as a senior Opposition leader. 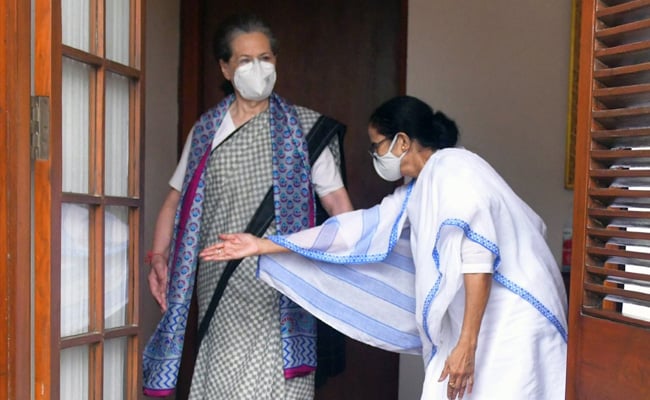 He was present at Mamata's meeting on Wednesday with Sonia Gandhi. The Congress, despite all its weaknesses, is the only Opposition party with an all-India footprint. It has a government in three states (Rajasthan, Punjab and Chhattisgarh), and is a part of the ruling alliances of Maharashtra, Tamil Nadu and Jharkhand. In crucial states like Gujarat, MP, Haryana, Karnataka, it is the main Opposition party - and so its centrality to an anti-Modi league is indisputable. Mamata's meeting with Sonia Gandhi sends an important message to Congress-haters and those who advocate bypassing the party for a 'Federal Front'.

The Opposition has a unique opportunity now. Rahul Gandhi has met with leaders from 13 parties to collaborate on their strategy for this parliament session, which has seen them demanding answers from the centre on whether and how it used Pegasus software against politicians, journalists and social activists. The government has been unable to provide a clear answer on whether it bought the Israeli software. There is a weakness here that can be built on. Modi telling his MPs to go to their respective constituencies and expose the Opposition gives it away. Mamata's recce to Delhi in the midst of this is perfect timing.

On record, she has said she does not know who will lead the Opposition. "I am not a political astrologer, it depends on the situation; I have no problem if someone else leads," she told reporters. The BJP will work overtime to portray her as temperamental, someone who was once in Atal Bihari Vajpayee's cabinet, who used to threaten to resign at a drop of a hat. But the Mamata of today is a different leader. She has successfully led West Bengal for the last ten years. She has learnt to put her infamous short temper to good use. In welcoming back Trinamool leaders who abandoned her for the BJP ahead of the election, she has shown a new maturity and flexibility. Whether she can incite that in others in the Opposition will be her big challenge.