Mr Prime Minister, Wrong To Have Kept Parliament In Session

It's not easy to turn down an invitation from Rashtrapati Bhavan. Earlier this month, I was mortified at having to do this not once but twice. I was invited by the President of India for breakfast meetings with groups of MPs on March 13 and then, on my polite refusal, on March 18.

I was nonplussed when I received the invitations. The COVID-19 wave was already upon us. Government and public health officials, doctors and concerned citizens, had begun to advocate social distancing. Crowding was being discouraged. The Prime Minister and the President had announced cancellation of Holi festivities. So why where these grand breakfast meetings continuing? I was left very confused by the grandstanding.

Finally, what I feared happened. A BJP MP, fresh from social events in Lucknow, was found to have met a COVID+ person, then attended parliamentary meetings and even the breakfast at Rashtrapati Bhavan. I had sat next to him at one of the meetings and immediately I went into self-isolation. I trust Rashtrapati-ji is taking similar precautions and wish him a long and healthy life.

Why had the breakfast meetings continued till a crisis point was reached? Was the highest office in the land taking its cues - or being forced to take it cues - from the government's stubborn refusal to not adjourn parliament in the face of an unprecedented health emergency?

The Narendra Modi-Amit Shah government is mocking parliament that much more by discussing every matter under the sun but not COVID-19. It has found time for legislation on the status of Sanskrit universities and even a BJP MP's private member's bill to remove the word "socialism" from the Preamble of the Constitution. But in the Budget Session, it has not found time to pass the Finance Bill. This should have happened 10 days ago. Also, it has treated the biggest public health disaster of our times casually. Since March 2, 2020, parliament has sat for 110 hours. In this period, it has discussed the COVID-19 outbreak for about four hours - three per cent of the time. 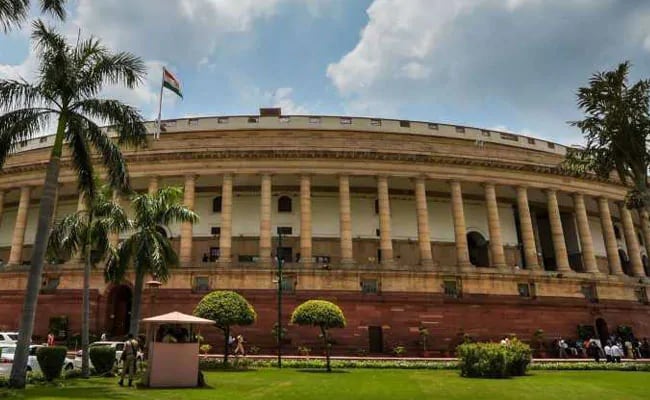 The Trinamool Congress has been asking to defer parliament session

A senior minister admitted on the floor of the house that the decision to keep parliament running was not because of any pressing bills but to "show confidence". If the government really wants to project confidence, why does the Prime Minister broadcast a pre-recorded speech? And why does he not take questions on the COVID-19 epidemic and its social and economic implications? This what heads of government across the world are doing.

The government has failed to act on its own health advisories urging people to avoid large gatherings. Parliament is a congregation of about 800 Members under one roof. I am not counting the 6,000 others - officials, support staff, security persons, media professionals and visitors - who come to parliament each day. If we as parliamentarians continue to flout government advisories, what example are we setting? Moreover, as representatives of the people, our constituents expect us to be with them in our constituencies and in our states in this time of grave crisis. Why are we being forced to stay in Delhi?

The government has asked those above 65 years of age to stay home. About 44 per cent of MPs in the Rajya Sabha and 22 per cent in the Lok Sabha are above the age of 65. What should they do? Ignore the advisory? Are they different from normal human beings? Far from "leading by example", MPs are being made to set the wrong example.

To equate MPs with health professionals, doctors, security personnel and other frontline workers is a faulty argument. Those on the frontline of the war against COVID-19 are doing an outstanding job and I salute them - but they have their roles and MPs have their roles.

Let me offer you an example. I gave a Zero Hour mention to send out a public awareness message about how we could prevent the spread of coronavirus. I wanted to demonstrate how to wash hands correctly, with soap and water for 20 seconds. As an MP, if I had been in my state, Bengal, I would have been demonstrating this on various platforms, online, on television and in real life, in various languages, to various audiences, from a safe distance of course, being careful not to draw crowds. This is standard public service and best practices communication, and part of any politician's and any MP's mandate. I sought to do this in parliament to attract media and public attention - not to myself but to the act of safely and correctly washing hands. I was advised against making hand gestures, as if I was planning to do something unparliamentary and insult the House. So I ended up doing the demonstration with my hands locked behind my back. (There were other examples, but never mind). If we as people's representatives can't use Parliament to spread an important public awareness message, then how relevant is parliament?

In the light of all this, and particularly in the light of the BJP's own MPs ignoring advisories and attending social soirees where potential COVID+ people are partying, it would be advisable to defer parliament at the earliest. Trinamool have been saying this for the last 2 weeks.

Mr Prime Minister, this is no time for egos. Our constituents and our voters and our people need us. Enough time has been wasted. Act now. Defer parliament from today. You're already 10 days late.

Opinion: The Big Numbers That Could Decide Whether Mamata Returns