Modi Should Have Spoken In Parliament On Dalit Attacks

Politics is notorious for its uncertainties. What has happened over the last few days only confirms this theory further. Who would have imagined that atrocities against the Dalits would suddenly become the most distressing national issue?

The Dalit issue has been one of the most sensitive issues in independent India. Oppressed for centuries, the Dalits finally got justice through the rights conferred upon them and the protection given to them in the constitution. This was followed by the laws passed in their favour by parliament and the various state assemblies. But, as is well known, laws alone are not enough to ensure justice unless they are complied with and implemented sincerely. This has been singularly missing in our system and therefore Dalits have continued to suffer discrimination and injustice in various parts of the country.

What happened recently in Una in Gujarat is despicable in the extreme. A whole family was flogged publicly for skinning a dead cow by a group of vigilantes. The video of this flogging went viral and led to a total bandh across Gujarat. A number of Dalits attempted suicide to draw attention to their plight and as a form of protest. The issue soon became national, was discussed in both houses of parliament and occupied national media attention. As if this was not bad enough in itself, a senior office-bearer of the BJP in UP used an expletive about Mayawati which led to another storm in parliament and outside. Add to this the controversy around the demolition of Ambedkar Bhavan in Mumbai. It never rains, it pours! 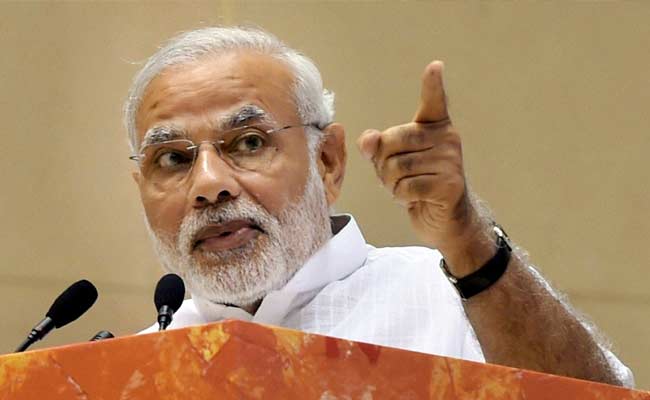 PM Narendra Modi at a conference in New Delhi.(File photo)

According to a report in the Indian Express, a class XI student who had joined the protest in a small town in Gujarat, when asked why he was there, said, "I saw the Una video on WhatsApp on my friend's mobile phone. I have felt the same pain, though not physically. From our childhood, we are reminded of our caste and community and I feel discriminated against." Palgi Parghi, the student who said this, deserves national recognition for hitting the nail on the head. It is the pain arising out of the discrimination heaped upon the deprived which is the crux. No words of consolation are ever going to be sufficient to erase that pain. 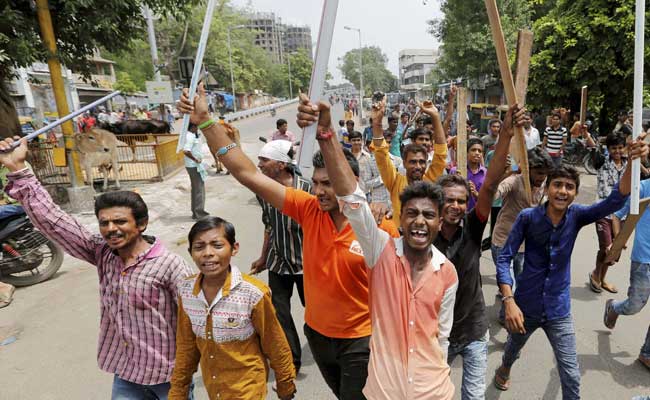 Gujarat has reported 30 incidents of suicide attempts during the last one week. (File Photo)

Discrimination could be on account of many reasons - caste, region, language and poverty. During my civil service days, I served as Principal Secretary to Karpoori Thakur when he was Chief Minister of Bihar. Karpoori had, in the teeth of severe opposition, introduced reservation for the backward classes in Bihar, and a special reservation within that reservation for the extremely backward. I remember him telling me one day, at the height of the controversy, a story from his own life. He was a good student and therefore despite the poverty in which the family lived, his father allowed him to pursue his studies. Karpoori passed his matriculation examination, the equivalent of higher secondary today, in the first division. Naturally feeling proud of his achievement, his father took him to meet the local landlords to seek their blessings for his promising son. The landlords appreciated the achievement of young Karpoori who belonged to the barber caste, but did not want him to forget where he belonged. So, one of them put his feet on the table and ordered Karpoori to massage them. Karpoori obeyed. He had no choice then. But the oppressed have choices today. They can put their feet on the table and ask those who belong to the so called higher castes to massage their feet instead.

The pain which Karpoori felt then and Palji Parghi has felt now has continued unabated through the decades of Independence. Why has it lasted so long? Clearly because of poverty. Do you think skinning a dead cow is a pleasant occupation? It is the poorest of the poor who are forced to follow a profession of this kind. Living with stench, filth and drudgery is their lot. Even today, the Dalits are forced to live in separate tolas (areas) in most villages of our country. The same is true also of the cities.

Speaking in the Rajya Sabha, Mayawati said there should be no politics on this issue. But there has been only politics so far. The media has also been full of the impact all this is going to have on the electoral prospects of the BJP, specially in the UP elections. But neither election results nor a day's discussion in parliament is going to throw up the solutions which are needed to alleviate the pain the Dalits have felt once again in our country. Parliament's attention has already shifted to another issue. So has the media's. Until something else happens, these incidents will also be soon forgotten like similar ones in the past. How many of us remember the suicide of Vemula?

We therefore need to put our heads together in a calm and concerted manner to find the right solutions. 160 MPs belonging to the SC/ST community, cutting across political party lines, have submitted a memorandum to the Prime Minister listing out a number of legislative measures necessary for the protection and welfare of these communities. Many of them are doable. Some may need further discussion. But it is a good starting point. I think the Prime Minister should respond immediately. It would have been better if he had spoken in parliament on this sensitive issue. He could still do so.

To begin with the government of India should convene a special meeting of Chief Ministers to discuss the proposals contained in the memorandum of the 160 MPs. We should also look at the possibility of elimination by law of certain professions presently carried out manually and their replacement with machines as we have done in the case of manual scavenging. Is it possible to do away with the separate tolas in our villages where the Dalits are forced to live, and integrate them with the rest of the village community by building modern apartments for them with all facilities? Is it possible to ensure that each Dalit youth gets suitable employment as soon as he is ready for it in whichever sector such employment opportunities are available?

Is it possible for us to work for a casteless society? I know that politics is the biggest obstacle in the path of creating a casteless society, because politics in India is based on the exploitation of caste to one's advantage. I am also aware of the fact that our society is not egalitarian and many among us still believe that inequality is God given. It may take us another 200 years to get rid of caste, but why not make a beginning now?

And finally, it is the responsibility of the governments, central and state to ensure that the so-called fringe groups which are doling out street justice are dealt with sternly so that their mischief is nipped in the bud for ever. Vigilantism must be put down with an iron hand.