Sushma Swaraj, On South China Sea, What Have You Done?

In the last century before the birth of Jesus Christ, the Roman literary critic Horace famously wrote, "quandoque bonus dormitat Homerus" - sometimes, even Homer nods. Did Sushma Swaraj nod when she was in Moscow for the tripartite meeting between India, China and Russia on 18th April this year? For, with the proceedings at the Permanent Court of Arbitration in The Hague on the complaint lodged against China by the Philippines drawing to an imminent conclusion, she seems to have slept off when her delegation acquiesced in the wording of paragraph 21 of the joint communiqué.

The joint communiqué eschewed all reference to the case pending before the Permanent Court of Arbitration. It did, of course, refer to the UN Convention on the Law of the Sea (UNCLOS) but, without even a break in the sentence, added immediately after a comma, "as well as the Declaration on the Conduct of Parties in the South China Sea (DOC) and the Guidelines for the Implementation of the DOC".

Had India been alert, she should have immediately asked China how China proposed to reconcile adherence to UNCLOS, which provides for arbitration, with DOC that excludes arbitration. Instead, DOC commits the Philippines and China, along with other ASEAN countries, "to resolve their territorial and jurisdictional disputes" through "friendly consultations and negotiations by sovereign states directly concerned". There is nothing there about arbitration under Annexe VII of UNCLOS.

Note the striking similarity between this language and that of the 1972 Simla Agreement between India and Pakistan that took the issue of Jammu & Kashmir out of the international realm and placed it firmly in the domain of bilateral settlement. This was done by first affirming that "the principles and purposes of the Charter of the United Nations shall govern relations between the two countries" - just as the Moscow joint communiqué refers to "the principles of international law, as reflected notably in UNCLOS" - and then going on to unambiguously state that "the two countries are resolved to settle their differences by peaceful means through bilateral negotiations" (or "by any other peaceful means mutually agreed between them."). No scope is left for third party meddling. That is exactly what China sought through DOC.

This has enabled the Chinese charge d'affaires (acting Ambassador) in New Delhi to claim in an interview to The Hindu (15 July 2016) that India had signed a "common position" statement at the Russia-India-China (RIC) Foreign Ministers meeting in Moscow on 18th April 2016. He explained: "There is a paragraph in the RIC statement that stated the common stand of all three countries. This was in support of China's position". So are we in support of China's position? 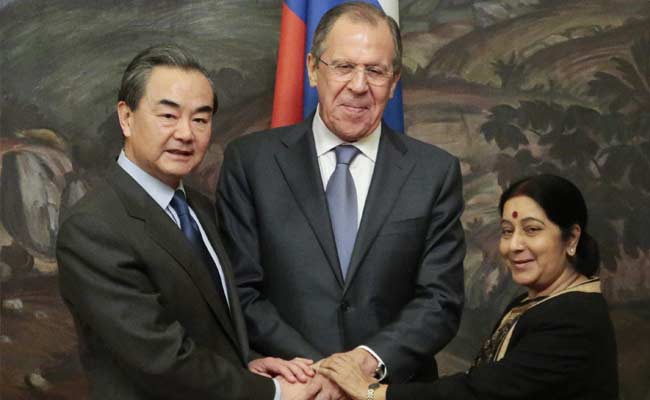 There is little doubt that the RIC joint communiqué does, in fact, reflect the Chinese stand. So, are we endorsing the Chinese, and negating the position of the other littoral countries of the South China Sea, including the Philippines, Vietnam, and Brunei? The MEA spokesman's answer is, "For us, this is not an issue of being in favour or against any particular country". Oh yeah? When the arbitration, to which China was not a party, has gone all the way with the Philippines and all the way against China, how can we hold that the verdict must be respected but should not be construed as being in favour of or against either of "the sovereign states directly concerned" - to quote once again from the wording of DOC?

The Hindu report did in fact ask the question of "a senior official of MEA" and was given the brush-off answer, "Diplomacy is the art of reading between the lines." So, reading between the lines, what are we signaling to China and the world? That we don't know where we stand? Or that we, too, can be devious and say one thing to please the Chinese, and the opposite to the US and their ASEAN friends? Or not mean what we say or sign? In his reaction to the verdict of the Permanent Court of Arbitration, the MEA spokesman said, "We believe all parties should show utmost respect to the UNCLOS, which establishes the international legal order for the seas and oceans." He added, "the authority of the Annexe VII Tribunal and its award is recognized in Part XV of the UNCLOS itself." Fine. Then why did we not say so three months earlier in Moscow?

It is crystal clear that the Moscow communiqué did not seek a resolution of differences on issues relating to the South China Sea through resort to the arbitration provisions of UNCLOS, just as the Simla agreement eschews any resort to the UN or any form of international arbitration. The Moscow communiqué then advocates, in effect, that the path of "friendly consultations and negotiations by sovereign states directly concerned" should be followed, as laid down in DOC and the DOC Guidelines. No wonder the Chinese charge d'affaires could claim that the MEA spokesman's clarification "showed nothing that would suggest the Indian government is supporting this award." Are we? Or does our "giving utmost respect to UNCLOS" mean we are saying, as the Americans and Japanese are, that the PCA award must be accepted by the Chinese, or otherwise enforced on China?

The self-evident contradiction between what we said at Moscow and what we are now saying is perhaps a striking first manifestation of the new principle of our foreign policy vouchsafed by Narendra Modi to his interviewer on a prominent news channel that India had moved from being "non-aligned" to being "multi-aligned"? Is this why we were hunting with the hares in Moscow and then hunting with the hounds in Washington?

For between the Moscow meeting and the Permanent Court of Arbitration award fell two key India-US meetings that dealt, among other matters, with the trouble in the South China Sea. The first was the Delhi meeting in April between Raksha Mantri Manohar Parrikar and the US Secretary of State for Defense, Ashton Carter. The joint statement issued after their meeting underscored their joint commitment to "safeguarding maritime security and ensuring freedom of navigation throughout the region, including the South China Sea" reinforced by the "Rim-of-the-Pacific multilateral naval exercise" to be held later this year. The South China Sea is the major trouble spot on the Rim of the Pacific. Are we lining up with the US against China here?

Contrast this with the DOC preamble that commits ASEAN and China to "a peaceful, friendly and harmonious environment in the South China Sea" and enhancing "favourable conditions for peaceful and durable solutions of differences and disputes among countries concerned". DOC also seeks to "encourage other countries to respect the principles contained in this Declaration." So, Parrikar says one thing and Swaraj quite another. Are both on the same page?

Modi then goes to Washington and commits India to being a "Major Defense Partner" of the US. He also jointly affirms with the US President that, "the US and India should look to each other as priority partners in the Asia Pacific". The South China Sea is right there, in the Asia Pacific region. Are we then multi-aligned to China in Moscow and to the US in Washington? 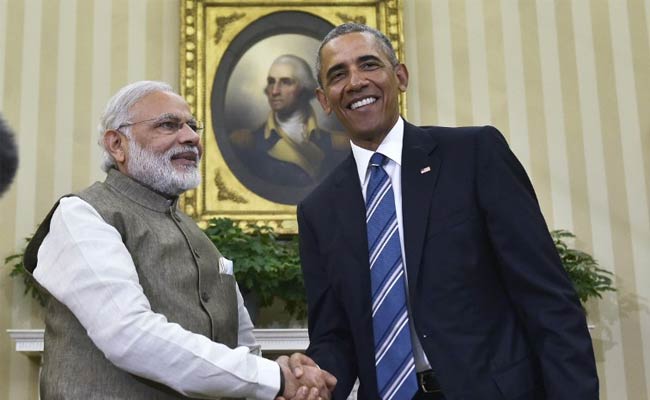 There is a huge military crisis unfolding in and around the South China Sea. While the US patrols the waters around the South China Sea and conducts aggressive air surveillance, Senator Joni Ernst (Republican), joined by five others, has introduced a resolution calling for the "implementation" of the tribunal's verdict and, to this end to "reinforce US assets in the region to maintain the status quo".
China responds that "the temporary tribunal on the South China Sea arbitration is not an international tribunal and its composition and function has no legitimacy... The award given by the tribunal is not authoritative". It is, adds China, "without binding force." 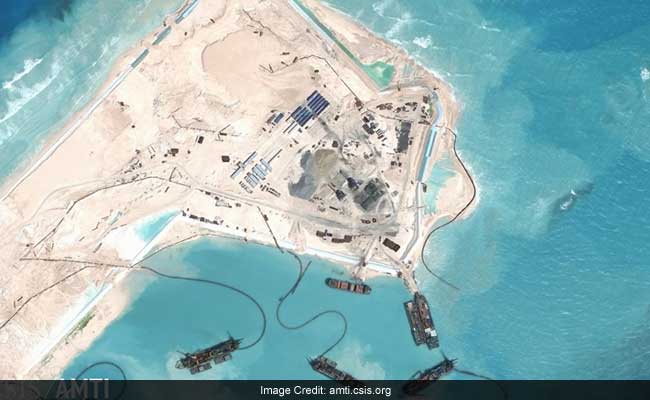 There can be no doubt that the award is without binding force. So, military might cannot be brought to "enforce" the verdict, whatever Senator Ernst and his companions might want. If, however, the US executive listens to its hawks and attempts any naval or air action, China has given notice that it might establish an "air defense identification zone in the South China Sea" and unambiguously warns, "If anyone challenges China's rights and interests by taking provocative actions based on the ruling, China will surely make a resolute response" (The Hindu, 14 July 2016: China warns of air defence zone in South China Sea).

We live in very dangerous times. The Second Cold War and, possibly, the Third World War, are in the offing in the South China Sea. Where Nehru's India neatly sidestepped the first Cold War by preferring non-alignment to alignment, and understood that responsible government cannot be multi-aligned between contested claims with military overtones, Modi is dragging India into the middle of a conflict not of our making. We are perilously close to replacing Pakistan as America's principal military ally in South Asia.