Covid-19 related deaths in India are expected to double in the coming weeks. People across socioeconomic classes are being cremated en masse in large holes in the ground. The ordeal doesn't even end with death. Medical bills are piling up, a burden large enough to tip working-class families into multi-generational poverty. Younger adults desperate for vaccines are effectively being forced to pay for them, while those most at risk aren't adequately insured. The state's threadbare safety net has all but collapsed.

In normal times, most Indians use savings, borrow and call on friends and family to pay for health care, assuming it's accessible. Out-of-pocket expenses are among the highest in the world. More than 60% of the population isn't covered by insurance. Government workers can get some protection under a few different plans, but most others, including the self-employed, pay for their own treatment. Costs are rising because of a growing dependence on private hospitals and clinics.

Two years ago, after several failed attempts at universal coverage, Prime Minister Narendra Modi's administration unveiled what it called the world's largest health insurance plan, targeting over 107 million people - the poorest 40% of the population. It was meant to be a better version of a decade-old policy that fell short in terms of the amount reimbursed and its cap on the number of people enrolled from one household. Under the new plan, families are covered for up to 500,000 rupees ($6,670) for medical procedures. Eligibility was widened and is based on several "deprivation" criteria in rural and urban areas.

Yet the new policy hasn't "effectively improved" access to health care, according to a working paper by Duke University researchers. To begin with, the eligibility criteria rely on a 10-year-old census, and exclude many potential participants because of inconsistent data. What's more, outpatient services, which account for 60% of out-of-pocket expenditure, aren't included. Another area of concern is the program's dependence on private hospitals. Finally, if the insurance did fully cover its intended beneficiaries, the cost would far exceed budget allocations.

For a country battling the most severe surge of the pandemic the world has seen, it's hard to start thinking about long-term changes. India is now considering setting up a fund worth at least 1 trillion rupees to support the uninsured, the Hindustan Times reported last week. Helping the population through a third wave is the obvious priority. But now is the time for policy makers to get serious about a minimum - and rising - standard of care for everyone.

As an alternative model, Taiwan stands out, and not just because of its globally acknowledged success in fighting the Covid-19 pandemic. Although its population of 23 million isn't comparable to India's 1.4 billion, Taiwan's fundamentally strong health care holds valuable lessons.

All long-term residents are covered under a comprehensive national insurance. Co-payments on prescriptions as well as physician visits are reasonable, and capped at about $7 and $14, respectively. Hospital stays, too, have cost limits.

It wasn't always like this. Before 1995, four out of 10 people in Taiwan didn't have any medical insurance. For all its export-powered boom in the preceding decades, the capitalist society's score in treating preventable deaths was worse than countries behind the Iron Curtain. Now, Taiwan is doing almost as well as the U.S. on this measure, and isn't too too far behind Japan.

Taiwan's transformation was triggered by its decision - on the recommendation of Princeton University economist Uwe Reinhardt - to move to a single-payer system. Effective insurance didn't come with a massive price tag. Taipei used technology, such as electronic health cards that store patient and treatment data, to drive efficiencies and limit spending to 6% of gross domestic product. That's far lower than other rich countries. The Taiwanese system isn't immune to cost pressures, but that's a price of its popularity: Some patients seek just too many consultations. 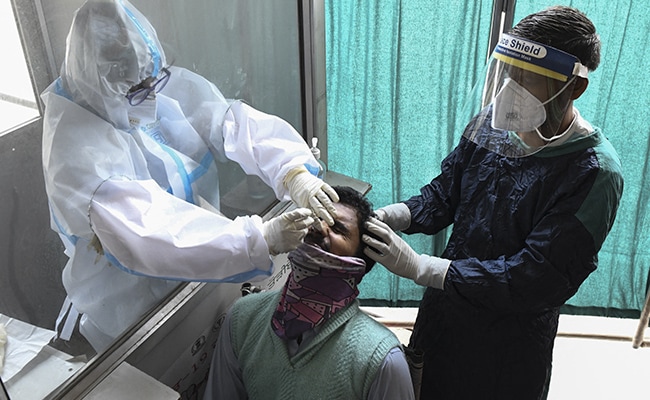 For a country battling the most severe surge of the pandemic the world has seen, it's hard to start thinking about long-term changes.

In India, public health expenditure is just 1.2% of GDP. Yet targeting a higher number won't automatically make things better. The right care, as Reinhardt emphasized, is about not pricing anyone out. But in India's heavily informal economy, only 90 million people earn regular salaries. Among them, 80% make less than $270 a month. Can this narrow base of taxpayers prop up a good standard of care at prices that don't exclude the poor?

The best means toward that end is making the government a single buyer of everything - from generic drugs (in which India is a world leader) to medical equipment - to prune expenditure. The country's natural wage advantage can be harnessed in providing labor-intensive services cheaply - not by impoverishing medical professionals but by stepping up hiring in the public sector and expanding state-funded training.

Assume that superior cost management crunches the 2.4% of GDP that Indians spend out of pocket to 2%. Provide an equal amount for infrastructure investment for at least 10 years and throw in 1.2% of GDP of current public spending. The 5.2% of GDP in required funding can come, like in Taiwan, from payroll and sin taxes, as well as levies on interest, dividends and rents.

The financing will get centralized, not the service delivery. Private hospitals won't wither away, but they will have to accept government-mandated prices. The primary responsibility for clinical care will reside with India's 28 states. They will be free to offer add-ons. Maybe the national program won't be able to immediately cover chronic mental illness, for example. But richer western and southern states ought to be able to include it. In Tamil Nadu, for instance, the recently elected chief minister announced that his government will reimburse private hospitals' Covid-19 treatment bills. Additionally, private insurance plans will exist as a top-up for those who want specialized procedures or long-term rehabilitation.

The pandemic will eventually recede, but scarred citizens won't want to face such despair again. People are scrambling for resources on social media and elsewhere. Individuals have turned to importing oxygen concentrators, cutting deals with suppliers across the globe. Anecdotally, some are combining more widely available smaller-capacity breathing devices to create larger ones that are in short supply. Indian style jugaad, or quick, self-administered workarounds, can't fix a broken system, though. It's time to build health care anew.