What Deepika Padukone Has Shown Bollywood

There is always a first for everything in life. Despite being a student of cinema and a die-hard fan of Hindi films, I have never been able to write a column or report on the film industry. Because I have never found it my area of expertise despite religiously marking my presence at the cinema hall every Friday. The reason that I am compelled to write today is my increasing admiration and respect for an actor who has, in the last few years, turned out to be an icon not just for her professional work, but for showing serious spine on important issues and speaking her mind.

Deepika Padukone turned 30 yesterday, just as two of her films, Tamasha and Bajirao Mastani are making waves - yes, for their story-telling and cinematic excellence but also for the beauty, talent and vulnerability that this iconic actress has brought to her roles in them.

In what is supposed to be a male-dominated industry, where female characters are in many cases used as props for the male lead, this model-turned-actor has redefined the Indian heroine.

Finding Fanny, Piku, Tamasha and Bajirao Mastani - Padukone, who does not boast of a film family pedigree, has made 2015 the year that paid tribute to the female actor with strong women-centric films where the male characters supported her as she led a league of box office hits in the much-vaunted hundred crore zone, a territory which has been synonymous with the Khans of the industry. 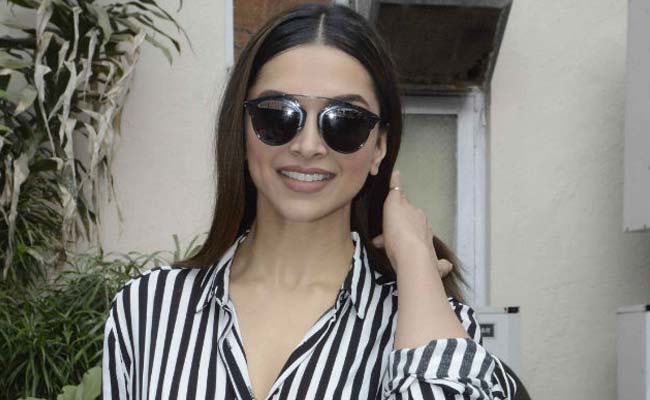 What is it about Padukone that makes her so endearing to the public? There is no dearth of beauty in the film industry, after all. Padukone's real calling came in the form of two directors who parlayed her beauty into vulnerable characters whose pain, angst, vivacity touched a chord with a generation that cannot abide by the usual prototypes. Padukone played with perfection the role of Veronica in Cocktail and Meera in Love Aaj Kal, characters which were not bound by the moral scruples expected of a woman in Indian society. She played the feisty, glamorous uninhibited loner in Cocktail, uninhibited about making passes at men or flirting with them on the streets and bringing home a man she starts getting attracted to.

The film received a great deal of criticism for being regressive in its story-telling where the liberal woman was typecast as someone who was not marriage material. For me, the film showed a mirror to our society, something viewers could not find palatable - a strong, attractive woman is judged by her sexual promiscuity, her lifestyle and her attire. Her traits make men want her as their girlfriend but not the woman who they take home to meet their mother.

Padukone has also called out our hypocrisy in real life. She dealt with great elan and honesty with her high-profile break up with Ranbir Kapoor, the Times of India's focus on her cleavage, and her own fight with depression.

In the last few years, many of my friends in the film fraternity, journalists and social circles in private conversations termed her outburst and confessions as a publicity stunt. When Padukone lashed out at Bombay Times which noted her cleavage on the front page, many in the industry hailed her but not before digging out images from the past where she had worn revealing outfits. There was resentment from a section of the film industry which could not take the honesty of a woman who never labelled her first boyfriend as just a "good friend" even when she was a nobody in the industry.

Her break up with Ranbir Kapoor, rumored to have triggered her fight with depression, brought the topic of mental health to the living room of Indian households where visiting a psychiatrist was synonymous with a paagalkhana (mental asylum). Padukone became an example not just for me but lakhs around the country who could never openly speak about what has always been considered taboo.

She spoke on NDTV about her fight with depression and followed it up with an initiative called the "Live Love Laugh Foundation". But for me and many that I have spoken to, her victory is not just in confessing to her demons and fears but bouncing back with four hits in a year, including an intense film with a man she says she once deeply loved and whose initials remain tattooed on her neck. Take that, film industry!

In a poignant scene in Tamasha where Padukone confronts Ranbir Kapoor at a cafe; where she asks him to seek help for personality issues, she seemed to connect not just with him but with the audience which heard her speaking to herself. Dignity, courage and poise.

Happy 30th, Ms Padukone. It's off to a great start.

(Rana Ayyub is an award-winning investigative journalist and political writer. She is working on a book on Prime Minister Narendra Modi, which will be published this year.)