The zoo explained that the enclosure does house a wolf, but it was likely sleeping at the time 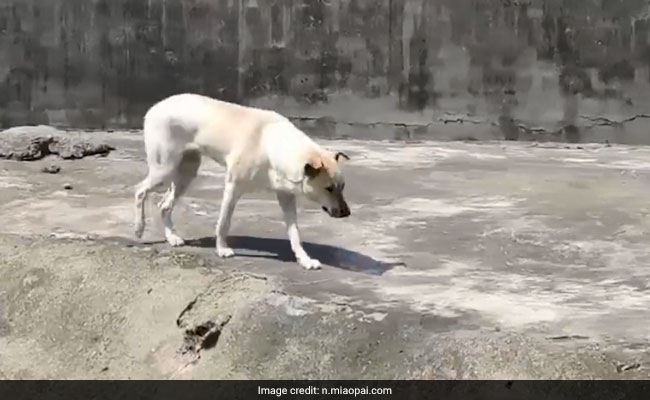 Visitors to the Jiufeng Forest Zoo found a dog in a wolf's enclosure.

A zoo in China was accused of deceiving visitors after people spotted a dog in an enclosure marked 'wolf'. Visitors to the Jiufeng Forest Zoo in the city of Wuhan were miffed on Saturday after finding a random dog in an enclosure where they expected to see a wolf. However, according to the Shanghaiist, the zoo had a proper explanation.

The zoo explained that the enclosure does house a wolf, but it was likely sleeping at the time. The dog is kept in the enclosure to keep the wolf company, an employee of the zoo said.

The employee explained that the wolf was an ill-tempered male who fought with over wolves, so he was moved to a separate enclosure. However, the wolf soon became lonely and depressed, so the zoo staff put two female puppies in the enclosure to keep him company. As the wolf grew specially attached to one of them, the other was removed.

The pair have been living together happily for the past two years and are said to be "in love", reports Shanghaiist.

Still, one can hardly blame visitors to the zoo for being suspicious. In two separate instances, zoos in China have put "imposters" in enclosures marked for other animals. In the first instance, in 2017, visitors to the Guishan Zoo were angered on seeing inflatable penguin toys instead of real penguins, as advertised. In the second, people at the Yuhe Zoo found a dog in a cage marked for Siberian tigers.