"No matter what you say or what you write, you'll never light a candle to me. So that's how I deal with it," said Venus Williams 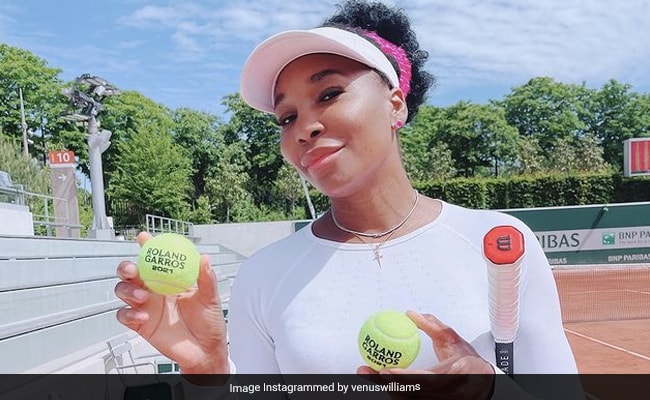 American star Venus Williams said Tuesday she has never suffered at press conferences, telling French Open reporters: "I know every person asking me a question cannot play as well as me".

Williams was responding to Naomi Osaka's belief that post-match media inquests were harmful to her mental health and equated them to "kicking a person when they're down".

But the 40-year-old Williams said she had her own defence mechanism, developed over a career which has yielded seven majors.

"For me personally how I deal with it was that I know every single person asking me a question can't play as well as I can and never will," she said.

"So no matter what you say or what you write, you'll never light a candle to me. So that's how I deal with it. But each person deals with it differently."

Footage her press conference received much praise on social media. The video has gone viral with more than 1.8 million views on Twitter.

Venus Williams talking about media scrutiny is the energy I need to start bringing into every facet of my life
pic.twitter.com/iqGNHuAzMi

Many hailed it as a mic drop moment.

Mic Drop???? --->Venus Williams reacts to question about how she handles the press. https://t.co/7SLHuLBLXg

Twitter users also dug out a throwback video of a young Venus Williams being interviewed.

Bringing this one back to the timeline.

A very young Venus Williams being grilled by an interviewer.

Richard Williams was having none of it... https://t.co/61DXc1GZiL

Venus Williams, playing the French Open for the 24th time and a runner-up 19 years ago, saw her 89th Grand Slam end at the first hurdle Tuesday as Russia's Ekaterina Alexandrova eased to a 6-3, 6-1 win.