Worried Car Would Blow Away In Hurricane Dorian, He Put It In His Kitchen

The pictures have collected a ton of amused reactions 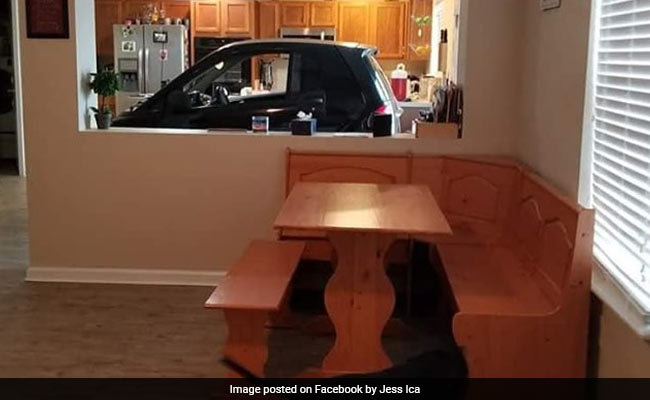 A Florida man was so concerned his car would blow away with Hurricane Dorian, he moved it to a safer place - his kitchen. Jacksonville resident Patrick Eldridge told CBS News that he parked his smart car inside his house on Tuesday morning. He also said his wife was impressed that he was "right about it being able to fit into the kitchen."

Mr Eldridge's wife, Jessica Eldridge, shared pictures of his car parked inside the house. "My husband was afraid his car might blow away," she wrote.

The pictures have collected over 23,000 reactions and double the 'shares'. They have also been flooded with hundreds of amused comments.

"Better safe than sorry," said one person in the comments section. "The dogs are like come on mom... we can't bring a stick in but dad can bring a car in," another joked, commenting on the adorable dogs in the pictures. "This is absolutely hilarious," a third said.

The couple cooked dinner and ate around the car for a couple of days, but eventually moved it out after the storm weakened and moved away from Florida.

Hurricane Dorian unleashed massive flooding and destruction in the Bahamas before moving towards the US. Currently a Category 2 storm, it was pounding the US states of North and South Carolina Thursday night.

A few days ago, a Florida man found frogs taking refuge from the storm in his wind chimes.