Woman Falls Off Amusement Park Ride, Gets Hit By It In Shocking Viral Clip 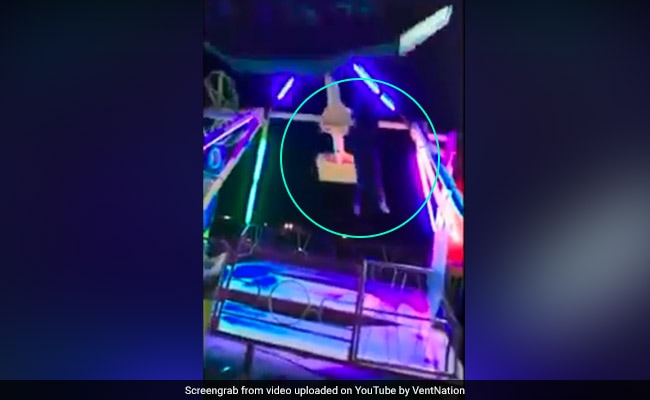 A viral video shows a woman slipping and falling from an amusement park ride.

A horrifying video has captured the moment a woman fell from an amusement park ride, which then came down again and smashed into her. The incident occurred on Friday at the Kataplum amusement park in Ciudad Juarez, Mexico, according to the Daily Mail. The video has now gone viral on social media.

The viral video shows the woman slipping from her seat on the amusement park ride as it swings upwards. As she dangles in the air for a second and then falls to the ground, the rotating gondola smashes into her. The momentum of the swing drags her to the edge of the platform, even as horrified attendants try to slow the ride down.

Although it is not clear what injuries she suffered from the accident, the end of the clip shows her getting up and standing near the attraction.

After the incident, Juarez mayor Armando Cabada shared a few pictures of the amusement park ride on Facebook. He said that the rides were operating without proper permits, and had been shut down following the accident:

Last year, in a similar incident, a 5-year-old boy slipped from his seat on a Ferris wheel ride in China, dangling from his neck. Thankfully, he was rescued with only minor injuries.