Who Was Gangubai Kathiawadi: The Woman Alia Bhatt Will Portray In Her Latest Film 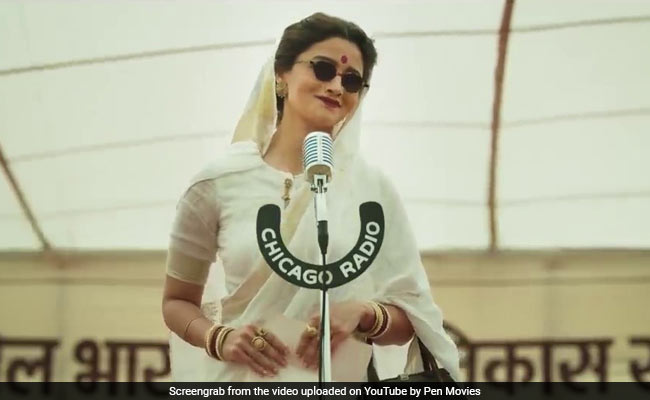 Alia Bhatt will play the role of Gangubai Kathiawadi.

Actress Alia Bhatt will next been seen in Gangubai Kathiawadi, in which she will play the titular role. Gangubai Kathiawadi is based on the life of Gangubai Kathewali, a brothel owner in Mumbai's Kamathipura area. The teaser for the Sanjay Leela Bhansali-directed film dropped on Wednesday and gave viewers a glimpse into the life of the powerful woman that Alia Bhatt is all set to portray onscreen. A controversial but formidable figure in the 1960s, Gangubai's story was documented by author and journalist Hussain Zaidi in his book Mafia Queens Of Mumbai.

In his book, Mr Zaidi describes Gangubai as a small woman - just five-feet-tall - who commanded huge respect in Kamathipura.

Gangubai was born Ganga Harjeevandas in the village of Kathiawad in Gujarat, sometime in the 1940s. When she still quite young, Ganga ran away from her home after secretly marrying her father's accountant, Ramnik Laal. The two arrived in Mumbai, where Ramnik tricked her and sold her into prostitution for Rs 500.

According to details provided in Mafia Queens Of Mumbai, Ganga gave up her original name and became Gangu at this point.

After a rough beginning, Gangubai rose through the ranks, helped by her connections with the Mumbai underworld. Gangubai was known to be under the protection of Karim Lala - who is today infamous as one of the three mafia dons of Mumbai. It is said that she even tied a rakhi on Karim Lala's wrist after he promised to protect her from one of his goons who had raped Gangubai twice.

Gangubai started as a sex worker in Kamathipura and went on to own and manage several brothels in the area. She took on the surname of "Kathewali" when she won the local 'gharwali' elections to become a brothel madam at a young age. These elections are held to determine ranks among the sex workers of Kamathipura.

In his book, Mr Zaidi notes that Gangubai was famous for never pushing a woman into the sex trade against her will. Instead, she was known as "the only brothel madam who did not give priority to business and money but to women."

Gangubai Kathiawadi will release on July 30.