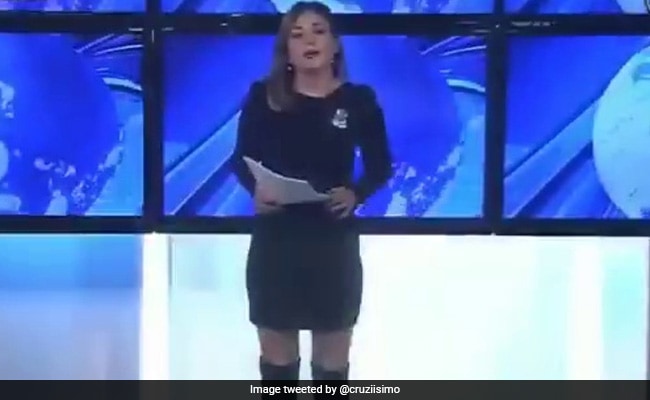 Noelia Novillo announced the death of William Shakespeare, the playwright, on air.

"What's in a name?" William Shakespeare famously asked in the tragic romantic play, Romeo and Juliet. Centuries later, it seems that there can be quite a lot of drama attached to a name, especially when it belongs to the Bard himself. Viewers of a news channel in Argentina were amused and extremely confused to learn that the world had lost the 16th-century playwright after he took a COVID-19 jab, recently. Well, as you may have noticed the timelines are askew by a few centuries. The fact is that William Shakespeare, the playwright, was laid to rest at Stratford-upon-Avon following his death in 1616.

It soon became clear that the TV anchor had confused the English playwright with a man of the same name. The British man in question died at the age of 81. The death of William “Bill” Shakespeare from Warwickshire was reported across the world as he held the distinction of being the second person in England to get the Pfizer/BioNTech vaccine. His unique name had also added to the interest around him, causing him to trend on social media platforms.

The unfortunate mixup, according to The Guardian, occurred on May 27 when Noelia Novillo, a newsreader on Canal 26 mourned the death of the “great man” during the 8 pm -10 pm slot. Sharing the news, she said, “We've got the news that has stunned all of us given the greatness of this man. We're talking about William Shakespeare and his death. We'll let you know how and why it happened.”

She failed to realize the blunder even as the footage of the Warwickshire man appeared on the screen. She further added, “As we all know, he's one of the most important writers in the English language — for me, the master. Here he is. He was the first man to get the coronavirus vaccine. He died in England at the age of 81.”

The video of the incident went viral on social media after it was shared by a user on Twitter. Posting the tweet, the man added a note that translated to, “This is amazing I can't stop watching.”

Internet users had a field day laughing at the hilarious mixup.

One user added, “Let's not cry for William Shakespeare, he lived his life and enjoyed the affection of people for centuries.”

Another comment read, “Look, here you have Shakespeare who lived like 500 years and then you have the other girl saying that men do not take care of their health.”

“This is way funnier than it should be,” wrote another user.

Some were simply unable to believe that the slip up had occurred.

Meanwhile, the 81-year-old died last week due to a stroke that was deemed unrelated to the COVID-19 jab. He was an inpatient in the frailty ward at University Hospital, Coventry, at the time of his first vaccination. Mr Shakespeare was administered the vaccine after 91-year-old Margaret Keenan, who was the first person in the country to get the shot.

Following his death, Mr Shakespeare's wife Joy said in a tribute that he loved seeing the media coverage about him in December and would often talk about it to people to encourage them “to get their vaccine whenever they could."

Tell us what you think of this entire name fiasco.