William Shakespeare, Second In UK To Get Covid Vaccine, Dies Of Stroke

Willliam Shakespeare was a patient at University Hospitals Coventry's frailty ward when he received his first dose of the Pfizer-BioNTech jab. 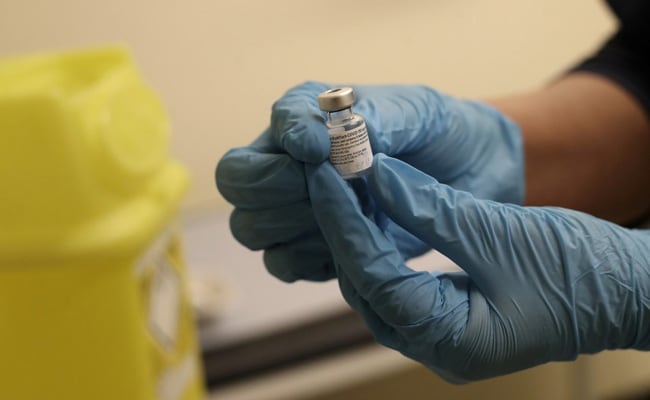 An 81-year-old man who became the second person in the UK to receive a COVID-19 vaccine has died of an unrelated illness. William Shakespeare, who goes by Bill, died of a stroke. Mr Shakespeare was a patient at University Hospitals Coventry's frailty ward when he received his first dose of the Pfizer-BioNTech jab in early December.

Then, he had gained international attention not just because of his age but also because he shared his name with the world's greatest playwright and poet of the 16th century.

Mr Shakespeare was administered the COVID-19 vaccine on December 8, shortly after 91-year-old Margaret Keenan, the first person in the country to get the shot. Mr Shakespeare's friend and Coventry councillor Jayne Innes told the BBC he had died on Thursday and added the “best tribute to Bill is to have the jab”.

Mr Shakespeare had been a parish councillor for 30 years and chaired the council for 20 of those. “He was such a lovely man, one who had a real commitment to making his local area better,” Ms Jayne told Coventry Live, a local news outlet.

In a tribute, his wife, Joy, said Mr Shakespeare felt very grateful and hugely proud of being offered the opportunity to become one of the first people in the world to be given the vaccine. Mr Shakespeare loved seeing the media coverage about him in December and would often talk about it to people to encourage them “to get their vaccine whenever he could," she added. Apart from his wife, Mr Shakespeare is survived by two adult sons and grandchildren.

The West Midlands Labour group said on Twitter that Mr Shakespeare's decades of service to the party were recently recognised. “Our thoughts are with Joy and Bill's family and friends."

We're sorry to hear of the death of Coventry Labour stalwart Bill Shakespeare. Bill made global headlines as 1st first man to have Covid vaccine. His decades of service to the party were recently recognised by @Keir_Starmer. Our thoughts are with Joy and Bill's family & friends. pic.twitter.com/ANCTeGFYEs

Mr Shakespeare was a talented photographer and loved all kinds of music, especially jazz and regularly attended gigs to take pictures of the musicians.