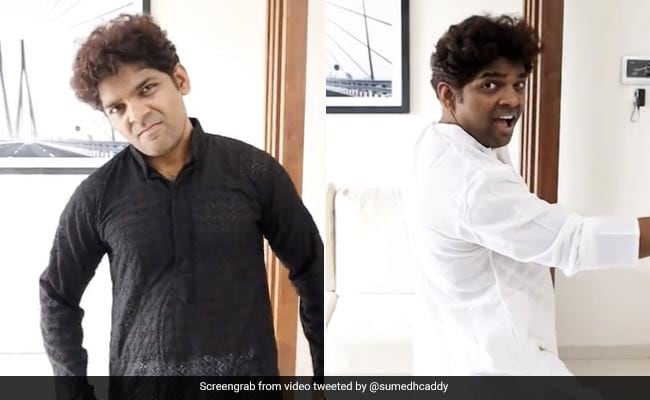 Mr Shinde's impression of Bollywood actors has left everyone impressed

The Navratri fever has officially taken over India, and numerous videos of people performing Garba and dandiya have swamped the internet. Now, a mimicry artist has shared a hilarious video of Bollywood actors doing the Garba and dandiya. It's unmissable.

Along with his 2-minute 20-second video, Mr Shinde wrote, "Check out how our bollywood actors show their unique style in Garba / Dandia. Don't miss the end."

Check out how our bollywood actors show their unique style in Garba / Dandia .

Posted a few hours ago, the video has already garnered 160,400 views with 6,954 likes and several comments. Mr Shinde's impression of Bollywood actors has left everyone impressed. A user wrote, "You are hilarious, Sumedh. Amazing." Another user wrote, "Pankaj tripathi was awesome..never seen such a talented mimicry artist like you. please keep entertaining sumedhji...no.matter how tense i am .u bring smile on my face..thank you...god bless." "Bhai, you're the best at Mimicry. You're the best at Acting just like these folks," the third commented.