'Patakha Guddi' is a song from the 2014 film 'Highway' starring Randeep Hooda and Alia Bhatt. The song was composed by AR Rahman. 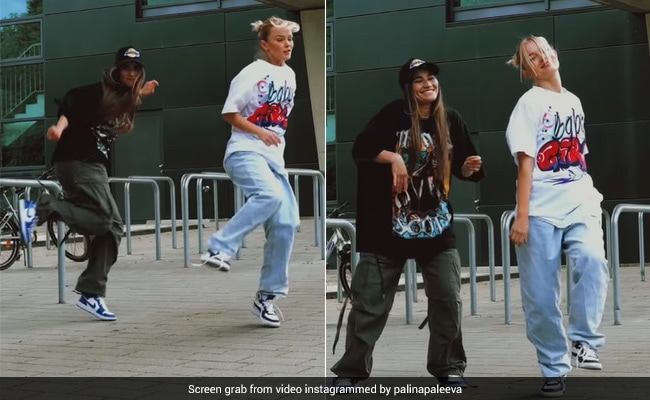 The video has garnered over 209,000 likes and more than two million views.

A video of two German women dancing to AR Rahman's hit song 'Patakha Guddi from the 2014 blockbuster movie 'Highway'  has gone viral on the internet.

Palina Paleeva, from Paderborn, Germany, shared the video on Instagram. She was also accompanied by another dancer named Emilia. " Ali ali ali ali," read the caption of the post, which has now garnered over 209,000 likes and more than two million views.

The clip showed the two dancers grooving to the iconic song's remixed version. They matched the traditional beats with their perfectly synchronised steps.

Since being shared, the video has left internet users amazed. "Wow. Love seeing you dance to an Indian song," wrote one user. "Love love love this!"  wrote another. A third added, "Indian music supremacy,"  while a fourth commented, "The best and perfect moves. You both rocked with your moves."

'Patakha Guddi' is a song from the 2014 film 'Highway' starring Randeep Hooda and Alia Bhatt. The song was composed by AR Rahman and sung by Jyoti and Sultana Nooran.

Meanwhile, Bollywood music has taken over the world in recent months. A while back a group of students from South Korea too took the internet by storm after they performed to Ranbir Kapoor's hit track "Ghagra" from ' Yeh Jawani Hai Deewani'.

In the video, the students were seen dressed in traditional dresses and happily dancing to the song - a well-known number featuring actress Madhuri Dixit and Ranbir Kapoor. They were seen delivering a stellar performance complete with the hook step.