The incident took place at the Shymkent Zoo 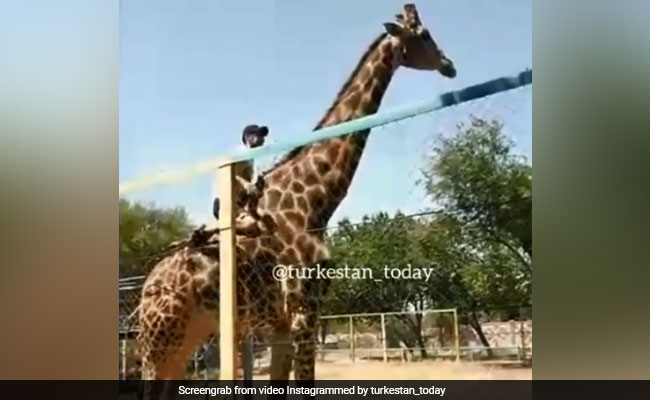 The video of a man riding a giraffe at a zoo has gone viral.

In a bizarre move, a man in Kazakhstan climbed a fence and clambered onto a giraffe at a zoo, attempting to ride it. A video of the incident has gone viral online. According to Metro, the incident took place at the Shymkent Zoo. The man was allegedly drunk when he thought trying to ride a giraffe was a good idea.

The video was shared five days ago on an Instagram page called Turkestan Today. It shows the man scaling the fence and climbing onto the giraffe. The animal indulges him for a few seconds before tossing him to the ground and running away.

In the last few seconds of the video, the man is seen scrambling over the fence to exit the enclosure as the giraffe circles back towards him.

The Mirror reports that police are now trying to identify the intruder, who faces arrest over his stunt.