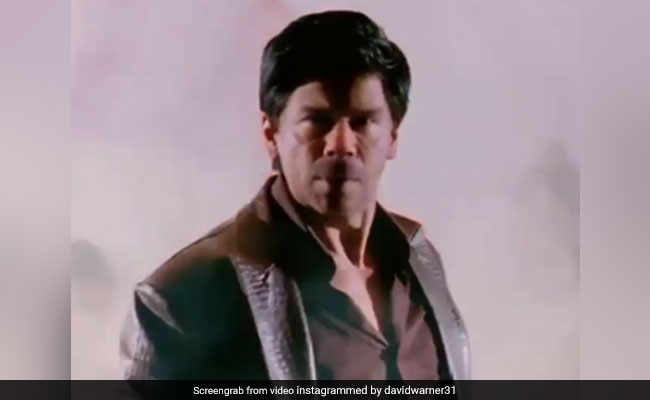 Over a million views for David Warner as Shah Rukh Khan.

Australian cricketer David Warner has gained a five million-strong following on Instagram with his hilarious videos. After entertaining fans with his Bollywood dance clips, the 34-year-old has been casting himself as some of the biggest names in the entertainment industry using the Reface app. The AI app can swap faces in a video, and David Warner has been making full use of it to 'become' Hrithik Roshan, Aamir Khan and a number of other celebrities. His latest video - already a viral hit on Instagram - shows him as Shah Rukh Khan from the 2011 film Don 2.

The video features the Australian opener in a compilation of action sequences - all featuring SRK. Warner apologised for the violence in the video and added that his followers would have a tough time guessing the name of the actor. Shah Rukh Khan fans, however, had no trouble identifying the actor.

"Sorry about the violence in this but I don't think you'll get this one!!!" wrote David Warner while sharing the video. Watch it below:

David Warner's video as Shah Rukh Khan has been viewed over a million times in less than one day. It has also collected thousands of comments - many from fans asking the cricketer to consider joining Bollywood. One of the funniest replies came from Don 2 director Farhan Akhtar.

"Don Under .. the chase continues" Farhan Akhtar quipped in the comments section.

"The David Khan," joked one Instagram user, while another said, "Hollywood Bollywood Kollywood... All in one Warner."

Before this, Warner had used Reface to cast himself as Hrithik Roshan in a video that crossed 2.3 million views on Instagram.

What do you think of these videos? Let us know using the comments section.