Watch: Cousins From Rajasthan Wow Judges On 'America's Got Talent'

"I honestly believe this is the best act so far this season," wrote one viewer. 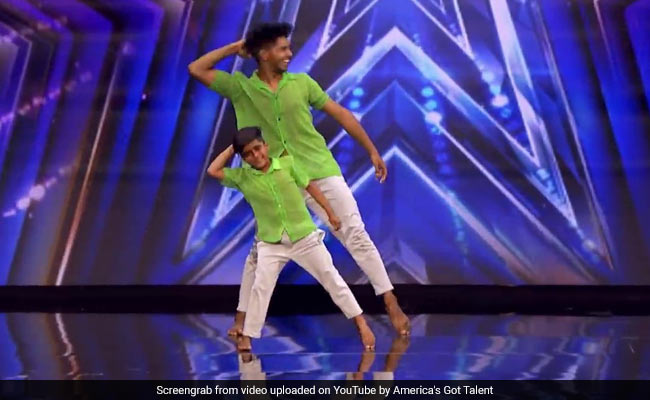 Shakir and Rihan delivered an amazing performance on 'America's Got Talent'.

Two cousins from Rajasthan are winning hearts with their performance on NBC's hit reality series America's Got Talent (AGT). Shakir and Rihan belong to the town of Fatehpur, but their passion for dance has helped them reach the stage of one of America's most popular reality shows. Now, their performance, which has already impressed judges on the latest season of AGT, is creating waves on social media.

A video of their performance was shared on YouTube two days ago by America's Got Talent, where it has been viewed over 4 lakh times. The video begins by showing the cousins interacting with judges Sofia Vergara, Heidi Klum and Simon Cowell - who, after their performance, rise to give them a standing ovation.

In the video, nine-year-old Rihan matches steps with his elder cousin, 21, as they perform to Brother by Kodaline. Their flawless coordination as they jump, skip and somersault together earned them loud applause from the audience and a standing ovation from judges, who were seen smiling broadly after the performance ended.

Watch the video of Rihan and Shakir's dance on America's Got Talent below:

Along with 4.3 lakh views, the video has collected over 17,000 'likes' and hundreds of impressed comments on YouTube.

"I honestly believe this is the best act so far this season, and this pair of dancers have so much potential to win. Unless a truly mind-blowing act is shown later on, I will be rooting for Shakir and Rihan to win," wrote one person in the comments section.

"This should have been the golden buzzer, they deserved it, India has the best dancers!" another said.

What did you think of the performance? Let us know using the comments section.