Awanish Sharan shared a video that demonstrated the meaning of success at the different phases of life. 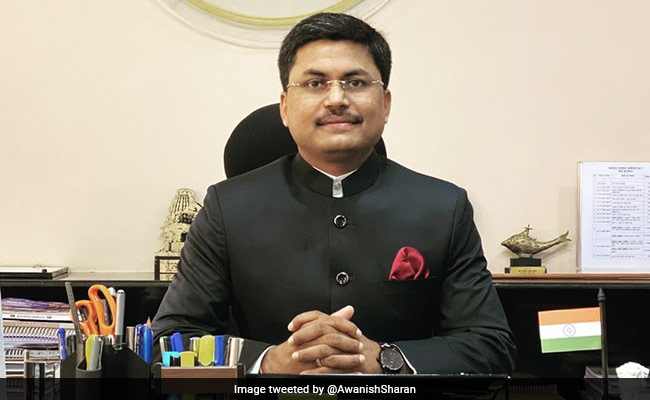 Mr Sharan is a social media enthusiast who keeps sharing posts to keep his followers hooked.

Indian Administrative Service Officer Awanish Sharan is a social media enthusiast. He keeps on sharing meaningful posts on Twitter to keep his followers hooked. Now, in his recent post, Mr Sharan shared a video that demonstrated the meaning of success at the different phases of life.

"Success," Mr Sharan wrote while sharing the post on Monday. The 140-seconds clip opens with the infant's one year of age where the infant's greatest success becomes walking without any support. The meaning of success varies with the age of an individual and when the late stages of life starts to begin, it gets similar with the initial ages respectively. The video clip demonstrates how early childhood and late adulthood have striking parallels.

Mr Sharan's thought-provoking video has created a buzz on the microblogging site. Within just few hours of getting shared, the video has garnered over 3.8 lakh views and more than 14,000 likes. The post has also been reshared for more than 3,000 times. Numerous users have given heartwarming remarks in the post's comment area.

One user wrote," How true ! I wish I have all these success. Truth is this all is in our hand. Most importantly we must keep ourselves FIT to achieve all these."

"So True! But the sad part that everyone forgets this fact with time," commented a third user.