Watch: ATM In US Displays Bank Balances Of Customers And Their Photos On A Leaderboard

A Brooklyn art collective has created a unique ATM at the Art Basel in Miami Beach that broadcasts people's account balances for everyone to see. 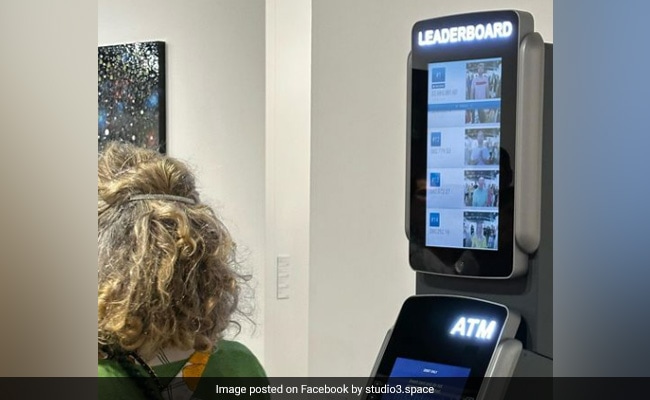 Needless to say, nobody likes other people to know how much money they have in their bank accounts. However, a Brooklyn art collective has created a unique ATM at theArt Baselin Miami Beach that broadcasts people's account balances for everyone to see. The ATM also ranks all of its users by showing their money balance and picture on a leaderboard, CNNreported. While we have often seen leaderboards in games, this is the first time it has made their way to an ATM machine.

The outlet reported that the ATM has been developed by the New York-based art collective MSCHF in collaboration with Perrotin Gallery. It ranks users, with photos captured by the ATM's camera, according to the size of their bank accounts, like the high scores of a classic arcade game. Like any ATM, people can also withdraw money to use in art galleries and fairs.

A video of the art piece, shared by user Joel Franco on Instagram, shows people gathering around the ATM and seeing the faces and the bank balances of unknown people. So far, the balances have ranged from a whopping $2.9 million to a humble zero. At the top spot of the leaderboard is a person with $2.9 million (approximately Rs 236,840,140) whose name and picture are displayed in the ATM.

"Even if you're not doing it, there's a lot of tension in the air," Gabriel Whaley, one of MSCHF's founding members, told Artnet News. "Just being near it feels invasive, and it's kind of goading you from afar." "In Miami, you look around and everyone is wearing fancy watches and pulling up to the fair in Lamborghinis. Every conscious action people are taking in this room is a flex of wealth. So let's put a real number on it, and rank it with your peers," Mr. Whaley added.

A majority of social media users were uncomfortable with the thought of such an ATM, and many called it an ''invasion of privacy'' and ''dangerous.'' One user wrote, ''Why would anyone want to do this..bad if you broke....bad if your rich...now people will know who to rob.'' A second commented, '' This is incredibly dystopian lol.'' A third said, ''That's kinda dangerous... what if a creep decides to follow ppl based on their bank balance to hijack them... I'll pass.''

''ATM Leaderboard' is an extremely literal distillation of wealth-flaunting impulses," Daniel Greenberg, co-founder of MSCHF, told CNN. "From its conception, we had mentally earmarked this work for a location like Miami Basel, a place where there is a dense concentration of people renting Lamborghinis and wearing Rolexes. These are analogous implicit gestures to the ATM Leaderboard's explicit one."