Viral Video: Someone Leaves A Mannequin In Front Of An ATM And People Queue Behind It

A mannequin was placed in front of an ATM by someone to tease other customers waiting in line. 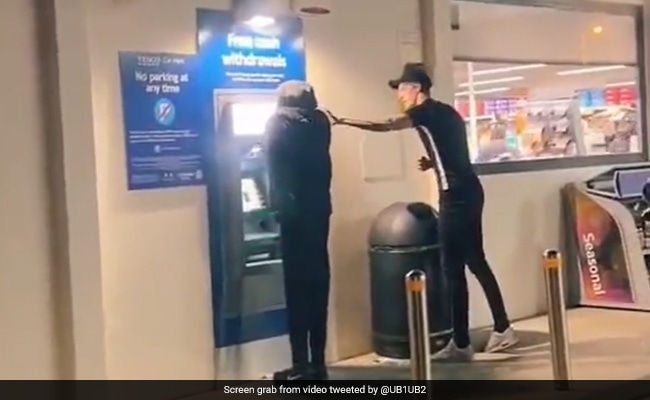 It was surprising that nobody had observed how still the man was in front of the ATM.

Making impediments to any public service is not considered nice; in some cases, it is even illegal. Despite this, there are a number of instances where individuals make it difficult for others to get any public service simply to satisfy their daily amusement needs.

When we are behind in line at an ATM, we all want the line to go along fast. As we stand there, we all feel anxious to extract the money we require. But what if there is a person waiting in front of the ATM who isn't even moving, making everyone else wait endlessly? For those waiting in line, the situation will be pitiful.

A video that is going viral on the internet shows one such incident where a miscreant left a mannequin in a hoody in front of an ATM machine.

Man leaves a mannequin outside a Tesco cashpoint 😭 pic.twitter.com/CgYtG372RK

The video shows that people are patiently waiting behind it for their turn, but the man was taking an incredible amount of time to extract the money.

However, it was surprising that nobody had observed how still the man was in front of the ATM.

A man in the line eventually moved ahead to check on the individual to see why he wasn't moving and discovered that it was a mannequin rather than an actual person.

It was really an annoying experience for the people standing in the queue, but when these customers finally figured out what was happening, they had a good laugh.

From the description mentioned in the caption, it is clear that the video is from the UK and it was shot outside a British retail bank, Tesco's cashpoint.

Since being shared on Twitter, the video has amassed over 26 lakh views and more than 38,000 likes. More than 5,500 users reshared the post, and numerous users made funny remarks in the post's comment area.