Ola CEO Bhavish Aggarwal also reshared the clip and announced that a special Navratri mode would be built into the MoveOS before the festival next year. 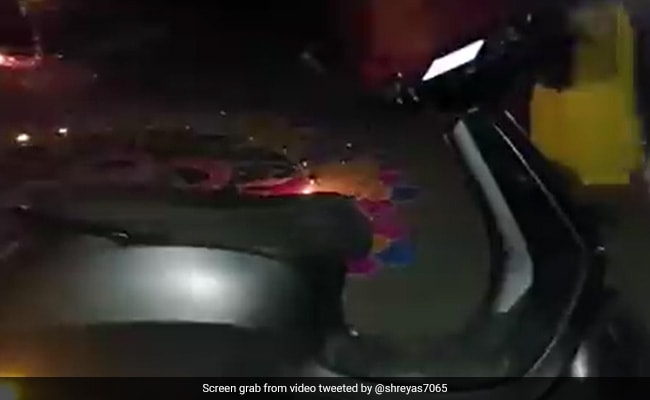 A video of an Ola electric scooter being used as a loudspeaker during Navratri celebrations in Gujarat is gaining traction on social media. The short clip was shared by Twitter user Shreyas Sardesai on Tuesday morning, and since it has garnered more than 25,000 views and hundreds of likes.

The video showed how the Ola S1 Pro electric scooter saved the day when the lights went out during a Garba event in Surat. It showed how people simply used the scooter's built-in speakers to belt out tunes and continue dancing.

In the caption, Mr Sardesai said, "Ola S1 Pro turned out to be savior when lights were out during Navratri celebration . Every one enjoyed navratri with Ola's speakers."

Ola S1 Pro turned out to be savior when lights were out during Navratri celebration . Every one enjoyed navratri with Ola's speakers #olas1pro#OLA@OlaElectric@bhashpic.twitter.com/Up319nXwVq

The clip is going viral on the internet. Taking to Twitter, Ola CEO Bhavish Aggarwal also reshared the clip and announced that a special Navratri mode would be built into the MoveOS - the operating system that runs the Ola S1 and S1 Pro - before the festival next year.

👌🏼 we will build a special navratri mode before next year into MoveOS! https://t.co/3sBsaUKcad

Paytm founder Vijay Shekar Sharma was also impressed with the creativity. He retweeted the clip with a laughing and a thumbs-up emoji.

Meanwhile, internet users flooded the comment section with laughing emojis. While some found the idea of using the Ola scooter as a boombox "mind-blowing", others simply said, "Ola S1 is always a saviour."

"Thank you for this idea kal mere dost ki birthday hai ab se HAPPY BIRTHDAY ola mein bajega (Tomorrow is my friend's birthday, from now on Happy Birthday will be played on Ola)," wrote one user. "Ola is always a life savior whether it is bad weather with water log or electricity outrage, ola stand tall for their user," added another.