Dressed in workout gear and boxing gloves, she is seen repeatedly hitting the dog's face. 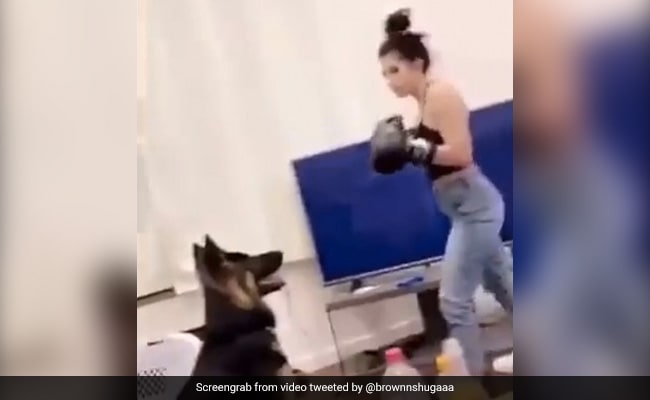 An investigation has been launched in Idaho after a video of a woman 'boxing' a dog went viral online, sparking outrage among viewers. In the shocking Snapchat video, which later made its way to other social media platforms, a woman can be seen punching a German shepherd's head. Dressed in workout gear and boxing gloves, she is seen repeatedly hitting the dog's face.

"We're boxing animals. Where's Sarah McLachlan?," someone in the background can be heard saying, referring to the Canadian singer-songwriter and animal rights activist.

"I hit him so hard I felt that through...," the woman can be heard saying before the video ends abruptly.

The disturbing footage has been widely shared on social media, where many have flagged it as animal abuse.

"You know it's not fun and games when the dog yelps at the very end of the video," wrote one person on Twitter.

"Watching this infuriates me," said another.

According to the New York Post, the Idaho Humane Society said that it had launched an investigation into the incident after receiving an "overwhelming" number of calls and emails about the footage. A spokesperson for the society said that the woman filmed 'boxing' the dog had been contacted, but has not been publicly identified.