US President Joe Biden's new German Shepherd Commander is all grown up and getting all the attention. 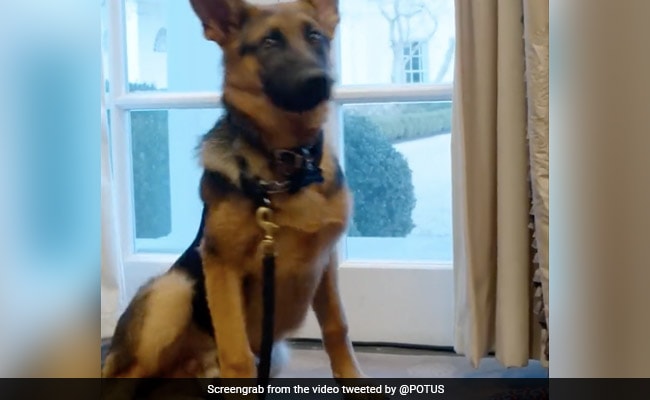 US President Joe Biden's new German Shepherd Commander is grown up now and getting all the attention. A recent video going viral on social media shows the dog cheerfully frolicking around the White House.

It hasn't taken long for Commander to find his way around the White House. pic.twitter.com/zuCv188EHh

The video was shared by President Biden on Twitter over the weekend with the caption: “It hasn't taken long for Commander to find his way around the White House.”

Commander was adopted by the Biden family in December 2021 after they gave away the other German Shepherd Major. He can also be seen running through the White House's lovely green grounds and passageways. Commander is the third member of the same breed in Biden's family.

The video has received numerous comments where people are praising Commander while others can be seen writing complaints against the American Government.

“He is beautiful, so grateful to have a compassionate, caring, down to earth, "normal" President back in office. Thank you for all of your efforts against the tyranny you face each day with the GQP who Block everything you try to accomplish,” wrote a user.

“Thank you for sharing & for all you are,” commented a second user.

The German Shepherd Dog, often known as the Alsatian, is a medium to big working dog breed. Max Von Stephanitz developed the breed in 1899 with the assistance of many traditional German herding dogs.

Originally, it was bred to herd sheep as a herding dog. It has since been used in a variety of fields, including disability aid, search-and-rescue, law enforcement, and combat. It is commonly kept as a companion dog.