Viral Post Convinces Many They Have Astigmatism. Do You Dare?

Astigmatism is a common vision condition that causes blurred vision 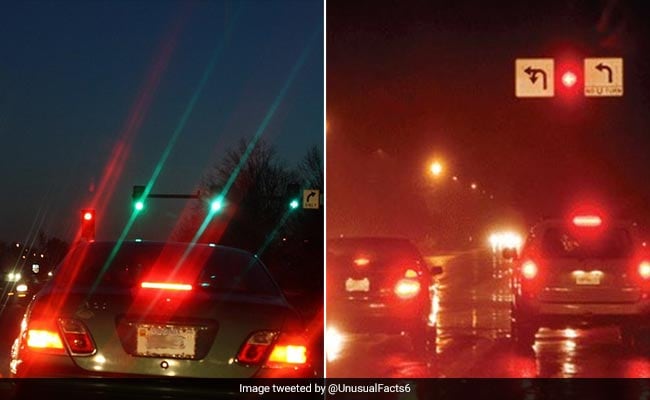 A viral tweet claims to show how people with astigmatism see light.

A tweet that is currently going viral online claims to show the difference in vision for someone with astigmatism, compared to someone without. However, not everyone is convinced that it is entirely accurate. Shared last Sunday by the Twitter account 'Unusual Facts', the post features two photographs - one that claims to show how people with astigmatism see light, and the other that shows how a "normal" eye sees light.

According to the American Optometric Association, astigmatism is a "common vision condition that causes blurred vision. It occurs when the cornea (the clear front cover of the eye) is irregularly shaped or sometimes because of the curvature of the lens inside the eye."

Astigmatism is when the cornea is slightly curved rather than completely round..

With astigmatism, light focuses on several points of the retina rather just one point. This is what people with Astigmatisms vs without. pic.twitter.com/RXWWayFBRJ

The tweet has collected over 80,000 reactions - many from people convinced after looking at the pics that they have astigmatism.

Wait people can see lights normally? I thought everyone saw those lines-

I thought it was just my glasses causing this

I THOUGHT EVERYONE SAW THE LINES?! I didnt realize I had an astigmatism?!

However, even as people on the Internet began to freak out, Buzzfeed News spoke to Dr Samuel D Pierce, president of the American Optometric Association, who stated that the picture is not a good representation of astigmatism.

"To be perfectly honest, I don't think it's the best representation of the way astigmatism looks through the eyes of someone with astigmatism," he told Buzzfeed News. "It did not look like astigmatism to me, and I can say that because I have astigmatism."

His claim was supported by many on the Internet, who agreed that astigmatism does not look like the picture on the left showed.

this one on the left is totally wrong. this is literally from a phone with dirty lens. with astigmatism you have blurry vision or in some cases more destorted vision but no such stripes.

Right, except that's not what astigmatism looks like at all. I have it, and its more like seeing this. pic.twitter.com/OHWOq20ziL

I have it, this isn't inaccurate but I would say for me it looks more like this. My left eye is a 90 axis and my right eye is a 180 axis. I also have a messed up depth perception because of it, and the edges of things are kind of doubled, if that makes sense. pic.twitter.com/KvZFJFdF3s

Moreover, fact-checking website TruthOrFiction.com found that the picture on the left, which claims to show astigmatic vision, was actually first shared on Reddit in 2016 - for a post completely unrelated to astigmatism.

Moral of the story: Visit your doctor if you think you have vision problems, and don't believe everything you see on the Internet.