"I wanted to know if she would pull me back," he said. "I wanted to test if she still loved me." 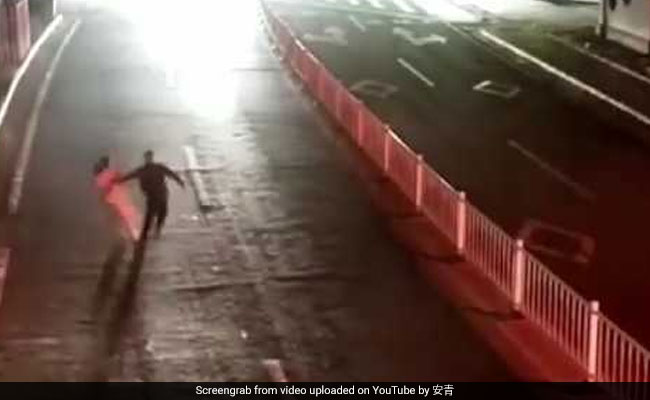 A man in China was hit by a speeding van.

In a bizarre incident, a drunk man was hit by a speeding van after he stood in the middle of a busy road - ostensibly to 'test' his wife's love. According to Daily Mail, the incident took place on Monday at Jinhua, in China's Zhenjiang province. A video of the incident is now being shared widely on social media.

BTime reports that the man, surnamed Pan, later told cops that he wanted to test if his wife loved him enough to pull him back.

"I wanted to know if she would pull me back," Mr Pan said. "I wanted to test if she still loved me."

In the video, he and his wife are seen fighting on the busy road for several minutes. The wife, surnamed Zhou, is seen trying to pull her husband to safety, even as he keeps rushing back to the middle of the road. As they struggle, a silver van crashes into him, sending him flying.

Mr Pan was immediately rushed to the hospital, where he is being treated for head injuries and chest fractures. He is not in a critical condition, and the incident is now under investigation.