The small community of Rabbit Hash in Kentucky has chosen a dog as their mayor. 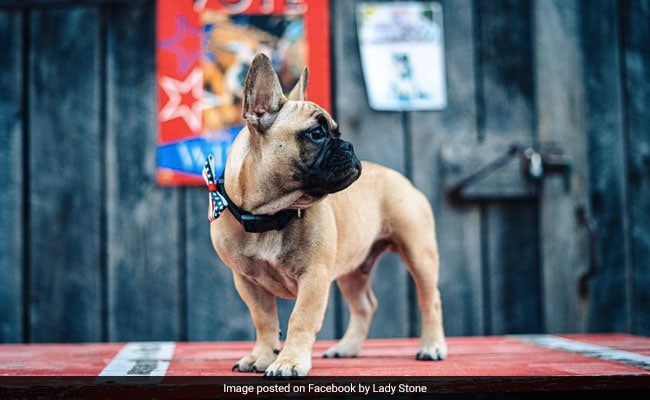 Wilbur Beast is the new mayor of Rabbit Hash in Kentucky.

The US presidential election may still be undecided, but one small town has elected its mayor in a landslide victory for a dog named Wilbur Beast.

According to Fox News, the small community of Rabbit Hash in Kentucky chose the French bulldog to be their new leader. Wilbur Beast won the election by 13,143 votes, according to the Rabbit Hash Historical Society.

"Mayoral election in Rabbit Hash has been called! Wilbur Beast is the new mayor with an amazing 13,143 votes (highest winning total ever) toward an election total of 22,985!" the Rabbit Hash Historical Society, which owns the town, announced in a Facebook post Wednesday.

Jack Rabbit the beagle and Poppy the golden retriever came in second and third respectively. Lady Stone, a 12-year-old border collie, retains her position as ambassador of the town.

According to Kentucky.com, Rabbit Hash, an unincorporated community along the Ohio River, as been electing a dog as its mayor since the 1990s. Residents of the community cast their votes by donating $1 to the Historical Society.

Wilbur's duties, once he assumes office, will be to help raise money for the Rabbit Hash Historical Society and other charitable causes.

Wilbur's human and spokesperson Amy Noland told Fox News that the pooch thanked supporters - both local and from across the world - for their vote of confidence.

"It's an exciting adventure and a deeply meaningful cause to preserve the river hamlet town of Rabbit Hash, Kentucky," they said in a written statement. "The town welcomes visitors and will continue to provide fun events for all ages to come experience the nostalgia and charm we have to offer."