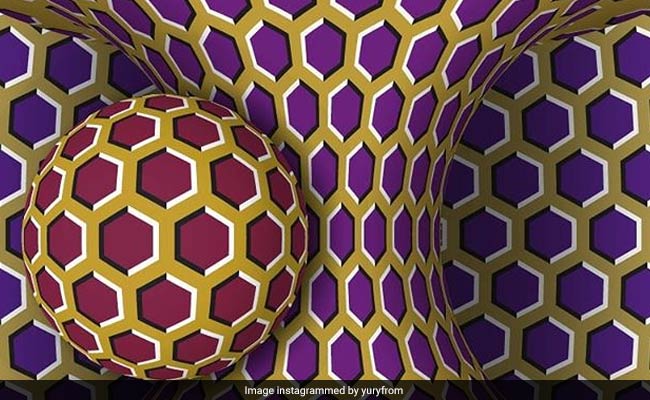 The optical illusion was created by a Ukrainian illustrator named Yurii Perepadia.

In the last few days, you may have seen an image floating around on the Internet that claims to be able to determine how stressed you are. The image - an optical illusion, has been going viral with a caption that explains that if the image appears still to a viewer, it means they are calm. However, if it moves slightly, it indicates they are slightly stressed, and if it moves like a carousel, it means they are very stressed.

The original post, according to BBC, also said that the image was created by a Japanese neurology professor named Yamamoto Hashima.

Take a look at the optical illusion below:

this is actually tripping me out pic.twitter.com/st9PDwAXfU

However, here's the thing: None of that is true.

According to an investigation by Snopes, the optical illusion was actually created by a Ukrainian illustrator named Yurii Perepadia - and it has nothing to do with how stressed you are.

"I drew this optical illusion in Adobe Illustrator on September 26, 2016. To create it, I used the effect of Akioshi Kitaoka," 50-year-old Mr Perepadia explained on Instagram. "Japanese psychotherapist Yamamoto Hashima has nothing to do with this picture. Moreover, Yamamoto Hashima does not really exist."

"I first saw this fake post on Facebook and then they began to appear everywhere," Mr Perepadia tells BBC, adding that he is now happy that people have realised that the claims are false.
"When people found out I was the author of this picture, it helped me bring out the truth," he says.