Neil Gaiman, Caroline Kepnes and Matt Haig were among those who sent messages of support to Callum Manning. 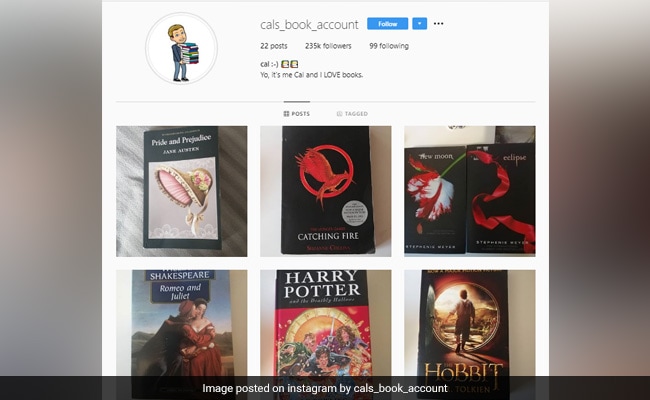 A 13-year-old boy bullied for his book reviews on Instagram has received the support of bestselling authors like Neil Gaiman, Caroline Kepnes and Matt Haig, among others. Callum Manning, from South Shields, UK, created an Instagram blog last week to review some of the books he had read, reports The Guardian. He was left "devastated" after students at his new school mocked it.

"I don't tend to cry that often but I think that was the first time in a while I've actually cried," Callum said.

His book blog began to receive international attention after his sister Ellis Landreth, 24, tweeted on Saturday about the bullying he faced. According to her tweet, Callum was added to a group chat where his book reviews were mocked.

Daily Mail reports that Ellis was hoping "20 or 30 of my friends would like a few of his posts or follow him or give him some words of encouragement." Instead, her tweet went massively viral online, catching the attention of top authors, journalists, and thousands of complete strangers - making an Internet star out of Callum.

Can't believe how awful kids are. My little brothers made an Instagram reviewing and talking about books and kids in his new school have seen it and have created a group chat calling him a creep slagging him off about it and added him to it so he could see 🥺 pic.twitter.com/wuuj2XlO34

Since being shared online, her tweet has been inundated with messages of support and offers to buy books for Callum. Within two days, the 13-year-old has seen his number of Instagram followers skyrocket to over 2 lakh. He has also received several books as gifts.

I think the love from all around the world has probably let him know he isn't alone. But all the interesting people I know were once considered weird kids with books. Including me.

Novelist Matt Haig offered to send the schoolboy signed copies of his books.

I am happy to send him any of my books signed and for free if he wants them. Dm if interested.

It is devastating and I would very much like to send Cal some books.

As did many others

I followed the account! DM me and address and I'll send my books to him, I think they're a fit.

I'd love to send Cal some books. @EllisLandreth1 and if his school has a library I'd also like to donate some books to the school in his name.

If Cal has a PO Box to mail to, I'm happy to send him a bunch of books. Lemme know 🙂

"People saw it and people just thought 'it's not right' because it isn't," Callum said, according to The Guardian. "Then I started getting loads of comments from everyone showing their support. I just think it's really nice that there's still people in the world who are nice."