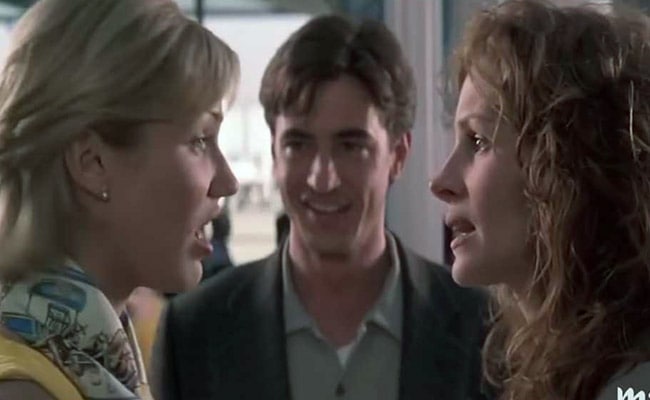 It's been over two decades since Julia Roberts lit up the big screen with one of the most popular romcoms of all time, My Best Friend's Wedding, but the movie's popularity refuses to diminish. The movie has inspired many adaptations (like Mere Yaar Ki Shaadi Hai in Bollywood) and turned the song 'I Say a Little Prayer (For You)' into a karaoke staple.

When it released in 1997, My Best Friend's Wedding was praised for discarding the cliched happy ending that everyone had come to expect from a romcom. But did you know that the original ending was slightly different - and that the makers of the film extensively reshot the ending after receiving negative feedback from a sample group?

And did you know that this popular movie, which turned Cameron Diaz into a romcom favourite, also auditioned other top stars like Drew Barrymore and Reese Witherspoon for Kimmy's role?

A video by MsMojo explores these and other interesting behind-the-scenes secrets from My Best Friend's Wedding. Watch the video and let us know which tidbit of information surprised you using the comments section.