The Powerful Reason Why 'Me Too' Is Trending 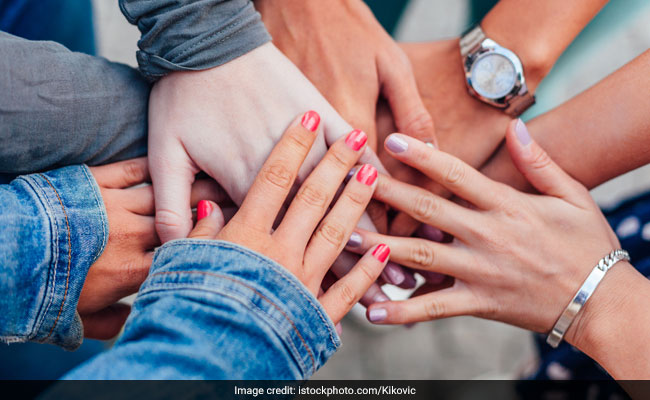 'Me Too,' the two words highlighting how rampant sexual abuse and harassment are (Representational Image)

Women - and men - who have been sexually assaulted or harassed are tweeting two powerful words - "Me too" - in an attempt to show how widespread the abuse really is. On Sunday, American actor Alyssa Milano tweeted a short message urging survivors to tweet 'Me Too' to highlight the "magnitude of the problem." Within hours, the hashtag #MeToo became among the worldwide top trends on Twitter.

In a tweet citing an unnamed friend, the former 'Charmed' star wrote: "If all the women who have been sexually harassed or assaulted wrote 'Me too.' as a status, we might give people a sense of the magnitude of the problem."

If you've been sexually harassed or assaulted write 'me too' as a reply to this tweet. pic.twitter.com/k2oeCiUf9n

Ms Milano was the first to write, "Me too."

Soon, women and men flooded social media with their own powerful accounts of surviving abuse, drawing courage from the thousands others who were speaking out.

Me too. I don't know if means anything coming from a gay man but it's happened. Multiple times.

Many used the hashtag to post powerful messages of solidarity and to call for an end to the violence:

To every man "shocked" by all of us posting #MeToo -

We've been telling you for years.
You didn't want to listen.

Do you hear us now?

Say you have a father, a brother, a son who can do better.

Mothers & Fathers, We need to raise the next generation of men to be feminists who will respect & love all women.  #MeToo

Countless others have updated their status on Facebook to "Me Too."

On Friday, the hashtag #WomenBoycottTwitter was the top trend and many women chose to log off the microblogging platform for 24-hours to protest "women's voices being silenced."Click for more trending news