That's Not A Man In Bed. You'll Never Guess What This Viral Pic Shows

"This is amazing, and horrifying," wrote one person 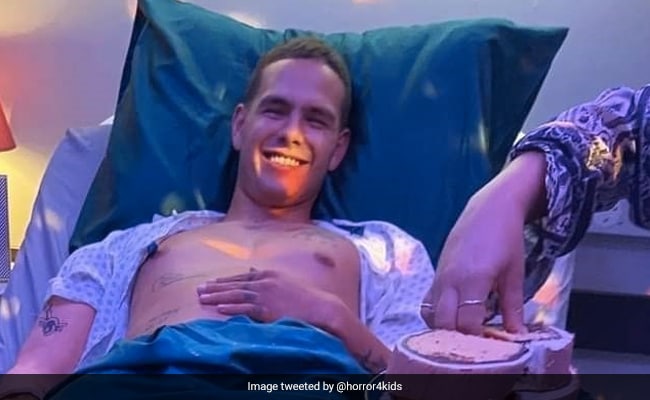 What do you think this pic shows?

Do you think the above pic shows a man on a bed? Look again.

A series of photographs going viral on Twitter might just make you rub your eyes in disbelief. The pics appear to show a man lying on a hospital bed. On one side of him is a table with a lamp, family photos and medicines. On the other is the partially-visible arm of a person holding a cake.

At first glance, nothing seems amiss in the photograph. But as you pay closer attention, you'll realise that it's not a man that picture shows, it's actually a hyper-realistic cake.

THIS IS A CAKE. pic.twitter.com/9h9pXiYHDG

The jaw-dropping pics have gone viral on the microblogging platform with thousands of 'likes', retweets and amazed reactions.

"This is amazing, and horrifying," wrote one person in the comments section.

"This is horror movie material!!!" another said.

The incredible cake was created by British baker Ben Cullen, who also goes by the name 'The Bake King' and is well known for his edible art and life-like creations. He baked the human-shaped vanilla cake with chocolate ganache last year, and it has since surfaced several times on different social media platforms, impressing viewers each time.

The cake was used in British rapper Slowthai's music video 'feel away', which was released in September last year.

What do you think of it? Let us know using the comments section below.