"I am terrified watching it," wrote one person in the comments section. 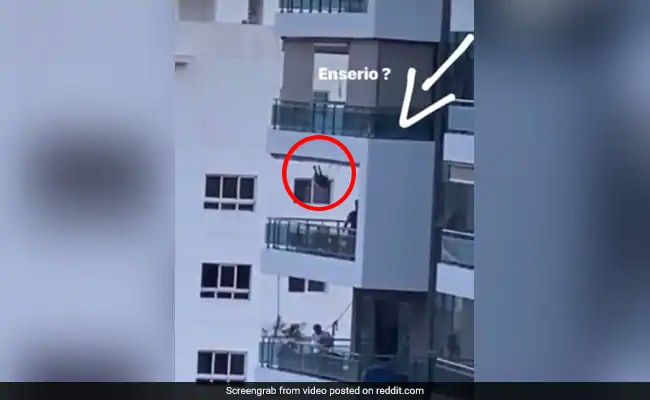 A man was filmed pushing a child on a swing hanging nearly 80 feet off the ground in a viral video that is being widely panned online. The heart-stopping footage shows the father on his eighth floor balcony in Puerto Rico, repeatedly pushing the child's swing high into the air. Since being posted on Reddit three days ago, the video has collected nearly 70,000 'upvotes' along with hundreds of comments criticising the man's "irresponsible behaviour".

According to The Mirror, the video was originally captured and shared by Jonathan Padilla, a journalist for the Mexican Herald. While sharing the video on Saturday, he wrote: "A man swung his underage daughter on the balcony of his apartment during this coronavirus quarantine."

The child, believed to be the man's daughter, does not appear to be secured with any safety equipment.

"Just because you cannot go to the park does not mean you can risk your child's life..." wrote the Reddit user who shared the video on the content rating and discussion platform.

Just because you cannot go to the park does not mean you can risk your childs life... from r/insaneparents

Viewers on Reddit branded the video "terrifying" while condemning the man's actions.

"I am terrified watching it," wrote one person in the comments section.

"Just watching this gives me that dropping feeling in my stomach like when going down a hill on a roller coaster," another said.

"They do know you can buy indoor swings for doorways right?! This is insane," a Reddit user remarked.