Teen Throws Pizza Party For Homeless Instead Of Graduation Bash

"There are a lot of people who need help. So I give it." 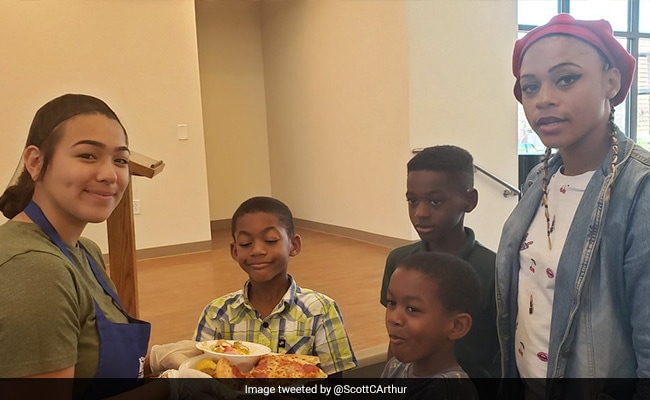 Leanne Carrasco (L) celebrated her graduation with a pizza party for the homeless.

A teenager graduating school has won over the Internet with her selfless gesture. Leanne Carrasco cancelled her graduation party to instead treat homeless women and children to pizza in Houston, Texas. According to CNN, Leanne ordered 95 pizzas to throw a huge party at the Star of Hope Center - an organisation that looks after the needs of the homeless.

"Not a lot of people have the same options as me. It's not fair," Leanne told CNN, talking about the importance of giving back.

"There are a lot of people who need help. So I give it."

Leanne's friends joined her in celebrating their graduation in a unique way. During the pizza party, they also handed out goody bags filled with toothbrushes, toothpaste, hand wipes and deodorant.

Instead of a graduation party, Waltrip HS Senior Leanne Carrasco asked family and friends to throw a pizza party for the homeless women and children @StarOfHope. They provided and served 95 pizzas and made and distributed 400 "toiletry bags". pic.twitter.com/Oy0kucI5Yi

Their graduation pizza party, CNN reports, was a huge success. The residents of the shelter gave Leanne a standing ovation and lined up to hug her.

"They (the teens) had respect for the these people. They saw them as peers," said Scott Arthur, a spokesman for Star of Hope. "The residents saw this as a validation that people do care."

Leanne, who now plans to study nursing, says: "I think you should always know you're lucky to have what you have.Don't take that for granted and continue to give."