Read inOther Languages
This Article is From Jan 27, 2021

Spot The Venomous Snake Hiding In This Pic. It's Very Tough

How quickly can you spot the venomous snake hiding in this pic? 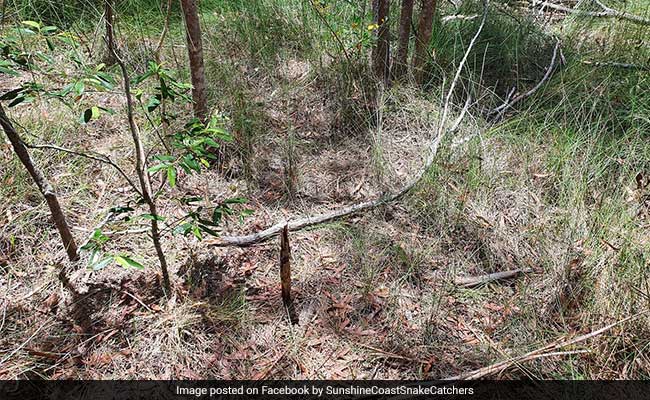 Can you find the snake in this picture?

An Australian snake-catching service has shared a picture of a snake hiding in a woodland that has left the Internet baffled. Sunshine Coast Snake Catchers posted a photo of a very well camouflaged snake as part of their "Spot the Snake Sunday" game.

"See how you go with this one. Bonus points for being able to name the species as well," they wrote, adding that the Australian summer is a busy time for the country's snakes.

Their picture shows a few trees in the woods, with tall green grass and brown leaves covering the ground. At first glance, there are no snakes obvious in the photograph - but look a little closer and you may be able to spot a venomous one hiding very well.

The photo has gone viral with over 700 'likes' and almost 900 comments from people trying to guess where the snake is. Many people in the comments section admitted to not being able to find the snake.

"I simply love when branches, twigs and even leaves become snakes....awesome," wrote one Facebook user.

"Yep, I see sticks, leaves, trees and by this stage I'd be dead because I still wouldn't have seen it or felt it," said another.

Several other users gave up and circled everything remotely resembling a snake.

Sunshine Coast Snake Catchers later posted the correct answer. Check it out below:

The snake catchers identified the reptile as a yellow faced whip snake - a venomous and fast-moving snake that is widespread in Australia.