"We're committed to fundamentally changing the way people have access to space," says the founder of Space Perspective. 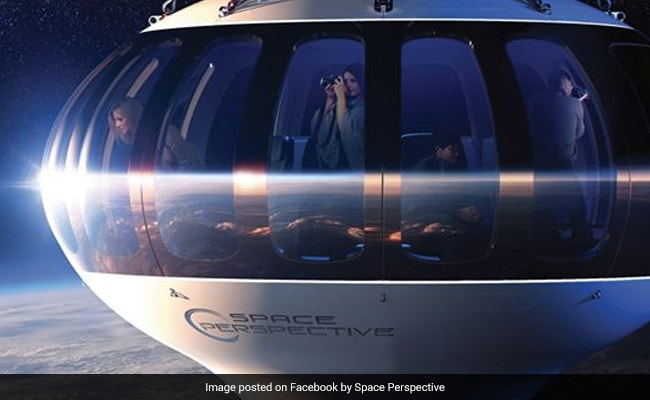 Florida-based startup Space Perspective wants to send people to the edge of space.

A company in the United States of America is planning to offer balloon rides to a place where very few men have gone before. Space Perspective, a Florida-based startup, wants to start balloon rides from Earth to the edge of space, reports CNN. The company is planning to use an advanced balloon called the Spaceship Neptune that will fly customers to the edge of space within the next few years.

The human space flight company has scheduled its test flight for Space Neptune for early 2021. According to the Evening Standard, it plans to use The Pacific Spaceport Complex in Alaska as the launch site for this high-tech balloon. While the test flight will not have a crew, the startup hopes to begin commercial flights within the next few years. The sightseeing jaunts to the outer reaches of Earth's atmosphere will take place within a pressurized capsule that will also feature a refreshments bar and lavatory.

"We're committed to fundamentally changing the way people have access to space - both to perform much-needed research to benefit life on Earth, as well as to affect how we view and interact with our planet," says Space Perspective Founder Jane Poynter. "Today, it is more crucial than ever to see Earth as a planet, a spaceship for all humanity and our global biosphere."

According to the company's website, flights, when they begin, will carry eight explorers and a pilot "three times higher than a commercial airliner flies" - which is 1 lakh feet above Earth. According to the company, this will be an experience that has only been enjoyed by 20 people before - far fewer than have been in orbit around our planet.

Customers will be able to enjoy a view of sunrise from the edge of space during the six-hour journey before descending back to Earth, where a ship will retrieve the capsule, balloon and explorers.

Speaking to Live Science, the company explained that it had not set a price on tickets yet, but they would likely sell for around $1,25,000 initially (approximately Rs 93 lakh).

According to CNN, the balloon was designed in collaboration with UK design studio PriestmanGoode - which is also working on a passenger module concept for Elon Musk's futuristic Hyperloop transport system.

Watch: Whale With Glow-In-The-Dark Algae Appears To Be Floating In Space