"I cannot have my own rifle as it costs nearly Rs 3 lakh," said Konica Layak, a state champion from Jharkhand. 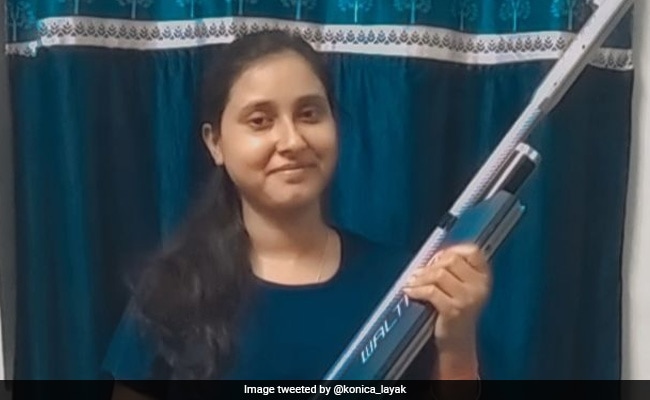 Konica Layak, a state champion, had been relying on rifles borrowed from her coach and friends.

Actor Sonu Sood, who supported thousands of people during the coronavirus-induced lockdown, has continued his good work through his charity, the Sood Foundation. Mr Sood and his charity recently helped a struggling shooter from Jharkhand buy an imported rifle. The actor got to know about Konica Layak when she tagged him in a tweet back in January. "In the 11th Jharkhand State Rifle Shooting Championship, I won a silver and a gold medal. However, the government has not helped me at all. Please help me with one rifle," Ms Layak wrote in her appeal, tagging Sonu Sood along with a handful of ministries and government officials.

Konica Layak, who hails from Dhanbad, had been relying on rifles borrowed from her coach or her friends, despite qualifying for nationals twice. Mr Sood responded to her appeal in March, assuring her that she would soon get a rifle.

"I cannot have my own rifle as it costs nearly Rs 3 lakh. I had to depend on my coach rifle or on my friend. I had arranged Rs 80,000 from my friends and taken Rs 1 lakh as loan for the rifle and fortunately Sonu Sood Foundation arranged the remaining funds for the rifle and I have already placed the order. The Germany-made rifle would be reaching me in two and half months," Ms Layak had told The Telegraph back in March.

On Saturday, when the rifle finally reached Ms Layak, she took to Twitter to thank Sonu Sood. "Sir, my rifle is here," she wrote in Hindi, tagging the actor. "A wave of happiness has spread in my family and the whole village is blessing you," she added.

Responding to the shooter's thank you message, Mr Sood wrote: "India's gold medal in the Olympics is confirmed. We just need prayers now."

The tweet has registed over 14,500 'likes' and hundreds of comments - many from people praising the actor for his work.

"Heartfelt thanks to you from Konica's city," wrote one person in the comments section. "Great work sir," another said.

For Konica Layak, the rifle will make a world of difference. "With the rifle I can practice in my own time and also get admission in the Joydeep Karmakar Shooting Academy at Calcutta in order to hone my skills and stay in medal hunts at national and international competitions," she said.