Some People Are Paying For Cuddles. And It's Not What You Might Think.

At Cuddlist.com the average cost for an hour with a provider is $80 At Cuddle Up To Me, trained cuddlers hold, stroke, and embrace customers in a nonsexual way.

When Samantha Hess's marriage ended five years ago, she felt she was lacking a basic human need: Physical touch. As a woman in her late 20s living in Portland, Oregon, she found plenty of men interested in dating, but sexual contact was not what she craved - she wanted something platonic, and she couldn't find it.

"I was kind of an empty shell of touch deprivation," she said. "I thought, 'Why isn't there a Starbucks for hugs, where do I go for that?' So I realized that this is a thing that should exist."

In 2014 Hess opened a shop, Cuddle Up To Me, where trained cuddlers hold, stroke, and embrace customers in a nonsexual way. Landlords were initially wary about renting space to Hess for her business, but in the last few years professional cuddling has increased in popularity.

While paying for touch may sound awkward or unnatural to those who get plenty of it from partners or other close connections, for some people it is an antidote to a culture where casual physical contact seems elusive. The percentage of U.S. adults living without a spouse or partner has risen from 39 to 42 percent in the past 10 years and the rise in on-screen interactions means more socializing takes place without even the possibility of touch.

At the two-year-old website Cuddlist.com, which has trained around 400 professional cuddlers and connects clients to providers around the country, "Most clients are under some level of duress: Anxiety, stress, loss, or need," said co-founder Adam Lippin.

Some have a physical disability or post-traumatic stress or are on the autism spectrum, which can be a barrier to forming intimate relationships. "For the average person, you and me, we can be lonely and we can feel a need but it's not a starved kind of need," Lippin said. "For a lot of them this is a human connection that they've never had before."

Yet the United States is among the world's most touch-averse cultures. Studies dating to the 1960s found that Americans tend to touch each other casually less frequently than people in France or the Caribbean.

And while today's parents may touch children more than they did in the mid-20th century when experts warned against it, two 1999 studies in Paris and Miami found that American adolescents still touched each other less than their counterparts in France and that American preschoolers touched their peers less and were touched less by their parents than French ones.

Tiffany Field, director of the Touch Research Institute at the University of Miami School of Medicine and author of the Paris and Miami studies, said little research exists on the benefits of professional cuddling, but she has seen interest grow.

"I think when anything like this is so increasingly popular, it's certainly functioning as something very helpful for people," she said.

At Cuddlist.com the average cost for an hour with a provider is $80, and the site has logged over 10,000 requests. Perhaps unsurprisingly, the business has a gender imbalance. Ninety-one percent of Cuddlist clients are male and three quarters of its providers are female. 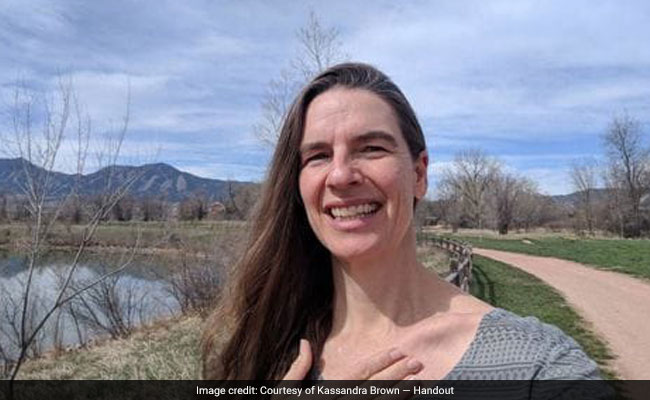 Kassandra Brown, a Cuddlist in Boulder, Colo., says many men feel barred from touching anyone.

To explain why, Kassandra Brown, a Cuddlist provider in Boulder, Colorado, recalled a client who said, "I'm here because men aren't allowed to touch anyone."

Mark Stone, a divorced holistic kinesiologist in Chicago, started going to a professional cuddler after realizing he didn't know how to touch a woman in a nonsexual way.

Damien, a 39-year-old engineer in Alexandria, Virginia who is single, goes to a cuddler every three months or so to relieve stress. The professional nature of the interaction makes him feel safe. Like other clients interviewed for this story, he did not want his last name published because he was concerned about others' reactions.

"You don't have a personal relationship with that person, which in some ways makes it easier being open with that person," he said. "These services allow you to share things pertaining to you and not worry about it going any further or spreading to people you don't know."

To differentiate from other, much older, professions that cater to the lonely, Lippin and his co-founder, Madelon Guinazzo, set strict rules on what does and doesn't happen in a session. Client and cuddler talk by phone before meeting and agree at the outset that it will not turn sexual; either party can end a session at any time.

Meetings are not limited to touch. Clients can talk about almost anything during a session, though discussing sexual fantasies about the provider is off limits. But they can lean against the provider, or hold hands, or spoon while they talk.

The need for such touch is primal, said Jean Franzblau, founder of the Cuddle Sanctuary, a four-year-old storefront business in Los Angeles that offers one-on-one sessions and has hosted over 300 cuddle events. "I believe it has something to do with evolution; when we're connected together in social groups we tend to survive."

While massage therapy might seem to be the perfect way to fulfill the need for touch, nonsexual cuddling addresses a deeper, more emotional need, professional cuddlers say.

"Massage therapy ethics are all about one-way touch," said Annie Hopson, a Cuddlist provider in Ellicott City, Maryland, who is also a massage therapist. "There was not a way for [clients] to be okay with saying, 'Could you hold me?' " 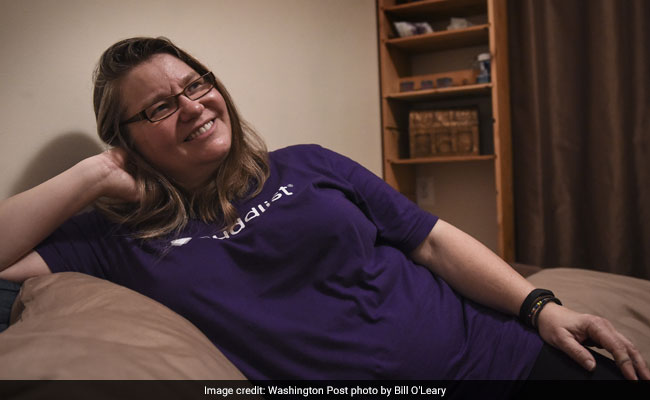 For some, being held by another person is a new experience. Steve Curry, of Northampton, Massachusetts, who has spina bifida, said that for much of his life, "as far as being in a touch relationship, most touch centered around my medical care needs, not emotional needs." He has two-hour cuddle sessions twice a month, and "it's never enough."

While most of Brown's clients are middle-aged men, she has a couple of female clients in their 20s, including one who spends 90-minute sessions getting her head stroked while lying on Brown's lap. "Both of them have said to me, 'It's really helped me to notice what I want and to ask for it, because in other parts of my life I do what others want me to do.'"

After professional cuddling, some clients say they are more comfortable initiating touch with friends, or they no longer flinch when someone touches them casually.

Some one-on-one cuddlers also host cuddle parties where strangers come together for a communal hug. Here, too, strict rules apply.

Professional cuddlers acknowledge that arousal is a danger of the trade and say that's not shameful as long as it is not pursued. If someone becomes turned on during a session, participants are advised to change to a position that is less stimulating.

"If there's sexual chemistry does that mean you have to act on it?" said Lippin. "You notice it, you let it pass."

Dan, 43, who works in finance, said cuddling sessions took the place of an intimate relationship for about a year when he didn't have one.

"I was aware that I needed contact with people," he said. "I had been to massage parlors that were not on the up-and-up. I'd leave there with feelings of shame or feeling dirty, and this was different." The fact that it was platonic made the sessions more rewarding, he said.

Nidhi, a 20-year-old college student in Chicago, said cuddling with Guinazzo helped her after her mother died during her freshman year.

Comments
Cuddle Up To MecuddlersSamantha Hess