Snake Flies From Florida To Hawaii, Hiding In Passenger's Bag

The snake had presumably slithered into his luggage in Florida. 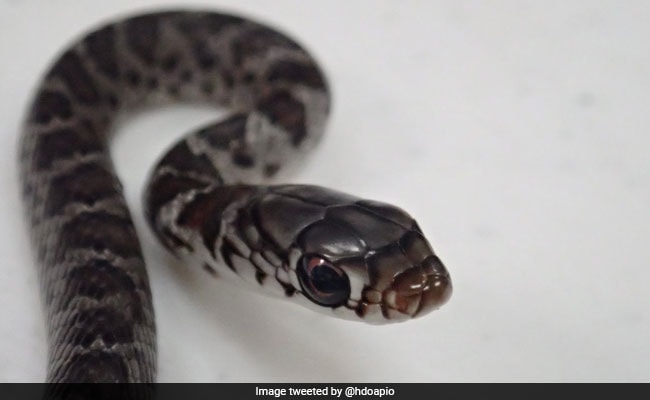 The snake was identified as a non-venomous southern black racer.

A small snake managed to get a free trip to Hawaii - by hiding in a passenger's bag. According to the State of Hawaii Department of Agriculture, the juvenile snake was found in slithering out of a traveller's bag after he showed up at his rental in Maui on Monday night. The man had apparently not realised that he was carrying a stowaway, until the owner of the rental spotted the serpent. The snake had presumably slithered into his luggage in Florida.

Snakes are illegal in Hawaii. As they have no natural predators on the archipelago, they pose a serious threat to the wildlife and environment.

A small snake apparently hitchhiked to Maui in a visitor's backpack Monday night. Fortunately, it was captured and turned in. See news release: https://t.co/ct9G0RtVS9pic.twitter.com/K9gg2UKNUE

"It is fortunate that the owner of the rental was aware of the seriousness of the snake being transported to Hawaii and took appropriate action and reported it," said Phyllis Shimabukuro-Geiser, chairperson of the Hawaii Board of Agriculture in a statement.

The snake was identified as a non-venomous southern black racer, only about one-foot-long. It was delivered to the Hawaii Department of Agriculture on Tuesday morning and is being safeguarded on Maui before it will be transported to Honolulu.

This is not the first time snakes have managed to hitchhike rides from unsuspecting travellers. In February, a woman returned to Scotland from a vacation in Australia, only to find a python that had travelled all the way with her, hiding in her luggage.

Comments
snakehawaiisnakes on a plane