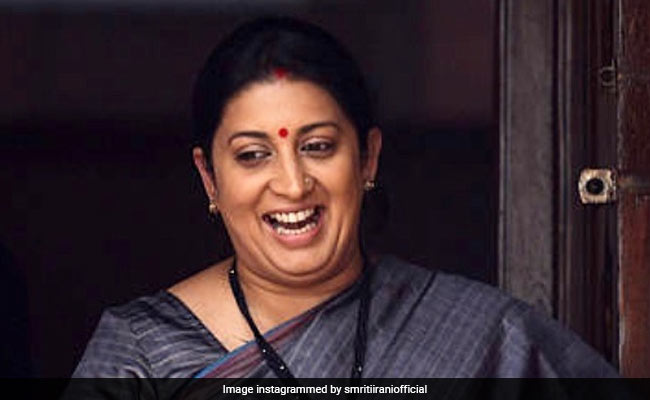 Smriti Irani posted a hilarious "tribute" to memers on Instagram.

Union Minister Smriti Irani is no stranger to the world of memes. Ms Irani regularly entertains her 5 lakh Instagram followers with witty posts. Her latest post is a tribute - tongue firmly in cheek -- to fellow memers.

"#When I insta a meme, fellow memers say ......'toh kya karun? Job chhod dun?' (What should I do? Quit?)" wrote Ms Irani while sharing the meme. She added that her post was a tribute to her fellow memers and their funny bone.

Since being shared online, the post has collected over 3,000 'likes' and a ton of amused comments.

"You being awesome every time. Coolest politician," wrote one person in the comments section. "You're also a part of memer community," said another.

"Requesting to make a 'meme banao , paisa kamaao yojana'" added one particularly ambitious commenter, asking her to start a government scheme for memers.

Ms Irani often uses pop culture references in her memes, most of which are aimed at dreaded Mondays. Take a look at some of them below:

What do you think of her meme game? Let us know using the comments section.