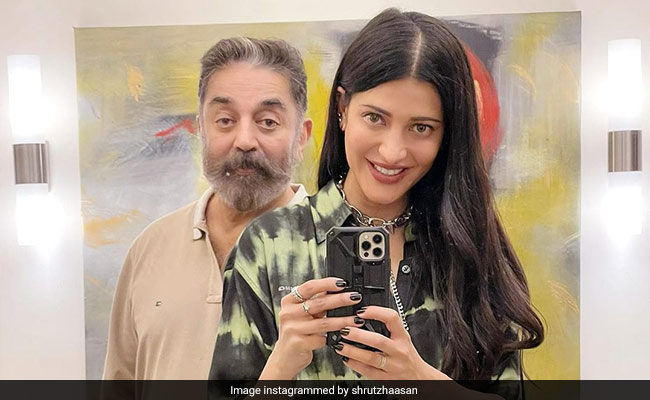 Kamal Haasan's elder daughter, Shruti Haasan, shared a message for her father on Instagram after the veteran movie actor and Makkal Needhi Maiam (MNM) founder was defeated in Tamil Nadu's Coimbatore (South) constituency at the end of counting of votes polled in the recently-held Assembly election. Late last night, Shruti Haasan took to Instagram Stories to share a picture of her father Kamal Haasan, who formed his own political party in 2018.

The Assembly polls in Tamil Nadu were held on April 6. The counting of votes began at 8 am yesterday. Although Kamal Haasan, 66, was leading during the early hours of vote counting, BJP's Vanathi Srinivasan overtook him at around 6 pm and ultimately won the election by around 1,500 votes.

"Always so proud of my Appa," wrote Shruti Haasan, sharing a picture of her father on Instagram Stories. She also added the hashtags #Terminator and #TheFighter to her Story. Take a look at it below: 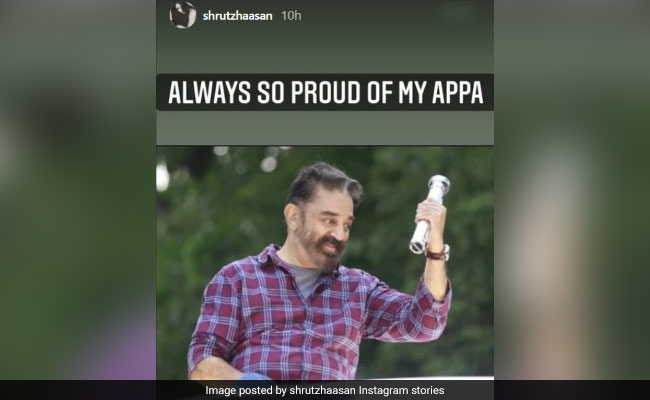 In April, Shruti and her younger sister, Akshara, had accompanied their father to the polling booth and cast their votes for the Tamil Nadu election.

Shruti Haasan had shared a picture of the Haasan family captioned "Time to vote." It was followed by a photograph of her after she cast her vote.

"I'm just accompanying him (Mr Haasan). I have just come to support him as a daughter. I hope that everything is done in the right way," Shruti Haasan had told NDTV at the time.

Kamal Haasan managed to secure about a third of the total vote share (33.26 per cent) while Vanathi Srinivasan scored 34.38 per cent. Taking to Twitter, the actor-turned-politician thanked all the people who voted and said that he would continue to protect the state's soil, land and people.

He also congratulated DMK chief MK Stalin for his victory in the polls.

According to the Election Commission, the DMK has won 103 seats and is leading on 29 in the 234-member assembly.