Read inOther Languages
This Article is From Aug 11, 2020

She Reached Into Washer For Snake Print Clothing, Found A Huge Python

"I looked down and I saw something snakeskin and I was like, 'Huh. What did I put in here that was snakeskin?'" 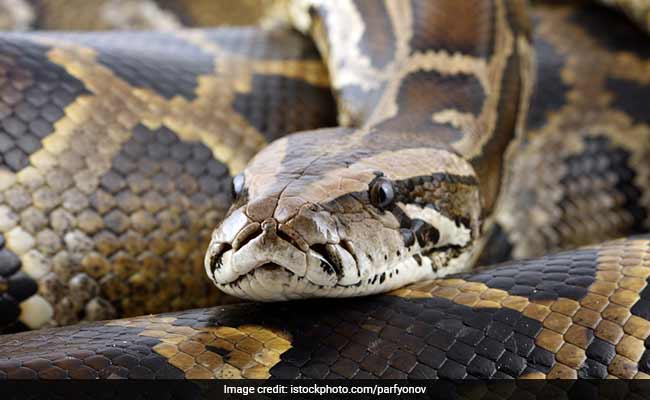 A Florida woman says she is still rattled days after finding a huge python slithering around in washing machine. Emily Visnic, of West Palm Beach, Florida, was about to load her washer when she saw snakeskin, reports WPEC. Thinking it was just a snake print garment that she had put in, Ms Visnic reached into the washer to pull it out - and received a huge shock.

"I looked down and I saw something snakeskin and I was like, 'Huh. What did I put in here that was snakeskin?' And I reached down and it started slithering and oh my gosh. I screamed so loud. It was a huge python," said Emily Visnic.

Ms Visnic, who recently moved to Florida from Connecticut, says that she has no idea how the snake got into her washer - but that it sent her screaming out of the room.

According to CBS Miami, she called her apartment's maintenance team to remove the snake. They did not tell her what they did with it, but did have some ideas about the python's origin.

A neighbour had reportedly heard hissing the day before Ms Visnic discovered the python, leading animal control to believe it may have been a pet that got into the building's vents.

According to the United States Geological Survey, the population of non-native Burmese pythons in Florida has exploded in recent years. They are considered an invasive species and compete with native wildlife for food, which includes mammals, birds, and other reptiles.