Scientists Develop Video Game That Can Be Controlled By The Mind

The programme is called Brain Driver 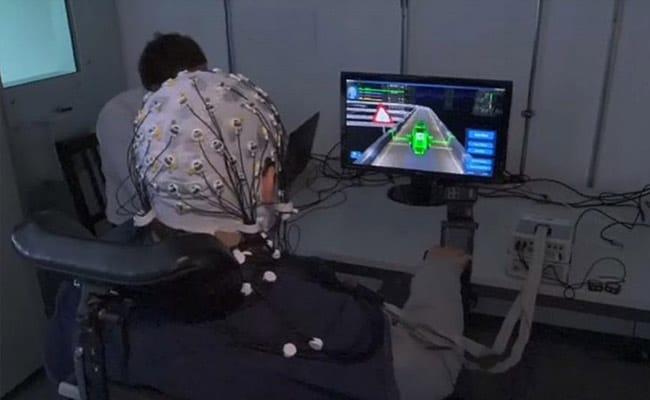 The programme, called Brain Driver, is being trialled by people including Samuel Kunz, who was paralysed after an accident. Euro News reports that Mr Kunz is able to operate a digital race car by picturing which way he wants it to move - but that it takes concentration.

"I have to be very concentrated. The connection between my fingers and my brain is not there anymore. I still try to move my fingers just in my head and so that needs a lot of concentration to do it exactly the same way every time," he said.

Scientists say that the goal of the project is to ultimately build a system, for people with limited mobility, through which a wheelchair can be controlled by its user's brain signals.