Can You Fly A Vacuum Cleaner In Space? Astronaut Finds Out. Watch

Russian astronaut Anton Shkaplerov was asked by earthlings if it is possible to fly vacuum cleaners inside the space station. So, he hopped onto one to find out 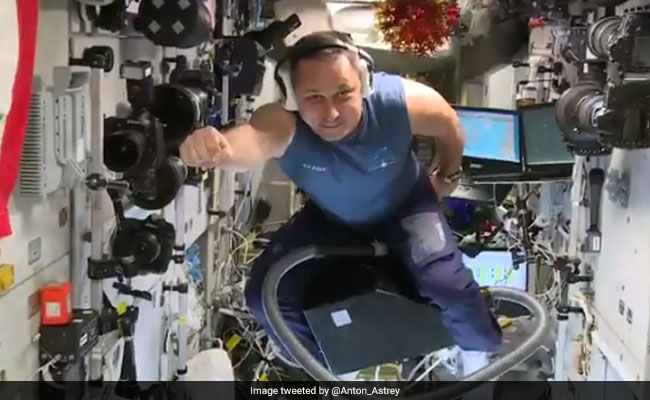 Up at the International Space Station, astronauts spend their day doing a lot of important work - like performing scientific experiments in a micro-gravity environment that may eventually improve life on earth. But one Russian astronaut took up a not-so-serious science experiment - riding a vacuum cleaner in space.

On Twitter, Russian astronaut Anton Shkaplerov wrote that he is often asked by earthlings if it is possible to fly vacuum cleaners inside the space station. You know, zero gravity and stuff.

So, the cosmonaut got hold of a vacuum cleaner and hopped onto to get some answers.

The answer is yes! You can ride a vacuum cleaner in space and it seems an awful lot of fun.

Anton posted the video of him floating around in slow-motion on the vacuum cleaner in zero gravity with R Kelly's "I believe I can fly" playing in the background. Arms stretched like Superman, the cheeky ISS member even stopped for a quick salute to the camera.

Promoted
Listen to the latest songs, only on JioSaavn.com
Posted on January 20, the light-hearted video has over a lakh views and 2,200 retweets.

This is the Russian's third expedition to space. He was the commander of the Soyuz MS-07 spaceflight which landed at the ISS on December 17, 2017.

Experiments with vacuum cleaners aren't the only fun things that happen aboard the ISS. Back in December, four astronauts had a little pizza party in space. One of the astronauts (an Italian) had casually mentioned how much he missed pizza and his boss, the ISS manager, surprised the team with some ingredients to make their own pizza in space.Click for more trending news