Reporter Resigns On TV, Thinking She Had Won Lottery Jackpot. Then...

Natalia Escudero began screaming on camera when the lottery winners were announced. 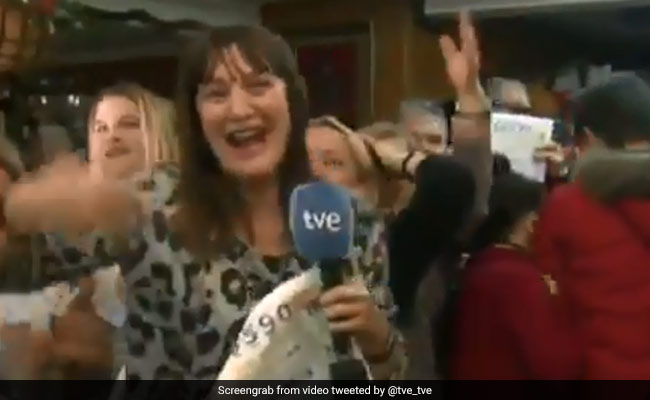 Checking and cross-checking was obviously the last thing on the mind of a Spanish TV reporter when she resigned live on air after thinking -- wrongly -- that she had hit a lottery jackpot.

Natalia Escudero -- a staff of public broadcaster RTVE -- thought that she had bagged a fat sum of money in Spain's el Gordo (The Fat One) Christmas lottery. It later turned out to be a small win only.

The reporter wildly celebrated her lottery win on air but was later left red-faced after it was revealed that the prize money was only a fraction of the jackpot.

Natalia Escudero began screaming on camera when the lottery winners were announced. She announced that she would "not be coming to work tomorrow", indicating she had won big money.

Ms Escudero later apologised on Twitter on December 22, maintaining that she had been through a "difficult time for personal reasons".