Remember Arshad Khan, The Viral Chaiwala From Pakistan? He Runs His Own Cafe Now

Arshad Khan has opened a cafe in Islamabad named 'Cafe Chaiwala Rooftop'. His photograph, snapped at a tea stall, had gone viral in 2016. 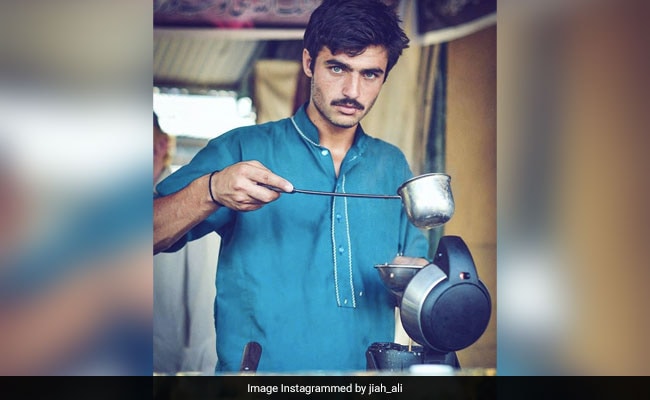 In the year 2016, a chaiwala or tea seller from Pakistan became an overnight Internet sensation after a local photographer posted his picture on social media. Arshad Khan is now trending again - not for his good looks this time, but for the fact that he now has his own cafe in Islamabad.

Arshad Khan used to work at Islamabad's Sunday Bazaar. The blue-eyed tea seller said in a 2016 interview that he had been living in Islamabad for 25 years and had joined a tea stall. Mr Khan was photographed at the tea stall by photographer Jiah Ali. The picture went viral for his striking looks, and #chaiwala becoming a trending Twitter topic at the time.

The story was picked up by international media, including popular US website Buzzfeed.

After he achieved global fame with the viral picture, Mr Khan was offered several modeling gigs and acting jobs. While he did foray into the entertainment business, the chaiwala is now back to his own city of Islamabad and has opened a cafe that honours his roots.

According to Daily Pakistan, Arshad Khan has opened a cafe in the city named 'Cafe Chaiwala Rooftop'. The modern style tea stall serves 15-20 dishes along with tea. Its bright decor has desi touches.

Speaking to Urdu News, Mr Khan said that some people asked him to name the cafe "Arshad Khan" but he refused, since "chaiwala" has become part of his identity.

Mr Khan now wants to devote time to the cafe. He plans to divide his time between the TV show he has been acting in and his newest venture.

News of the cafe has created a huge buzz on social media, and congratulatory tweets have poured in for Mr Khan.