Reebok Roasts Donald Trump On Twitter, Not Everyone Is Amused

Reebok, the athletic footwear and apparel company, tweeted some advice which appeared to be directed at US President Donald Trump. 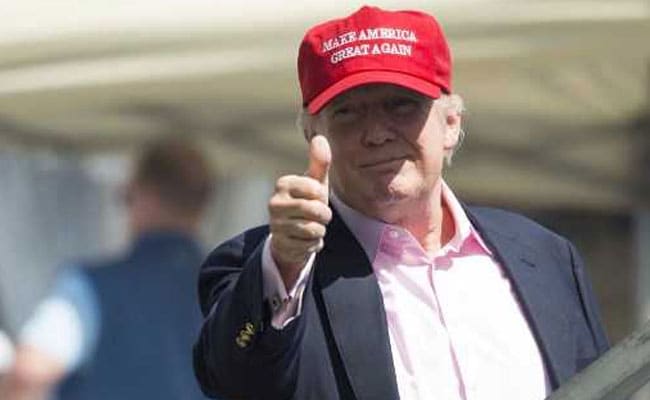 Reebok, the athletic footwear and apparel company, tweeted some advice which appeared to be directed at US President Donald Trump on Saturday but not everyone is amused. The company tweeted a flow chart determining appropriate scenarios to compliment a person's physical appearance. "In case you were wondering when it IS appropriate to say, "You're in such good shape...beautiful,"... THIS," read a caption accompanying the image. The tweet quickly went viral, provoking mixed reactions on the micro-blogging site.

"Are you a world leader greeting the spouse of a head of state?" asks Reebok, with an arrow pointing to "NO." Nope, not appropriate.

"Are you in an elevator with a woman?" "Are you at the gym working out next to a woman?" According to the chart, these are all times it's inappropriate to comment on a person's physical appearance.

However, there is one situation the flow chart deems the comment appropriate for:

In case you were wondering when it IS appropriate to say, "You're in such good shape...beautiful,"... THIS: pic.twitter.com/Z1cnnRD8Ut

Promoted
Listen to the latest songs, only on JioSaavn.com
"You're in such good shape," the American President was overheard telling Ms Macron, before turning to her husband, French President Emmanuel Macron, and continuing, "She's in such good physical shape. Beautiful." The interaction was caught in a video uploaded on Emmanuel Macron's Facebook page last week.

Since Saturday, Reebok's flow chart has been tweeted over 44,000 times and has been liked over 75,000 times. It has provoked strong reactions on Twitter, with many praising Reebok and some others slamming its "hypocritical" stance:

WOW this is a major troll by @Reebok of POTUS. I'm actually surprised a big company would do this. https://t.co/a45YtKrB6Ypic.twitter.com/eNvffs4GvC

Thank goodness corporations are standing up since Congress sure isn't. Thanks @Reebok

You should stick with selling shoes and stay out of politics, just lost a customer.#MAGA

You people advertise with beautiful men and women u never have a plus size woman or man in your sneakers. HYPOCRISY

.@Reebok oh look, another company virtue signalling to nuffies. Meanwhile, this is how they market their products. They look in good shape. pic.twitter.com/eqEW7nmHQV