The dolphin has been nicknamed Ghost 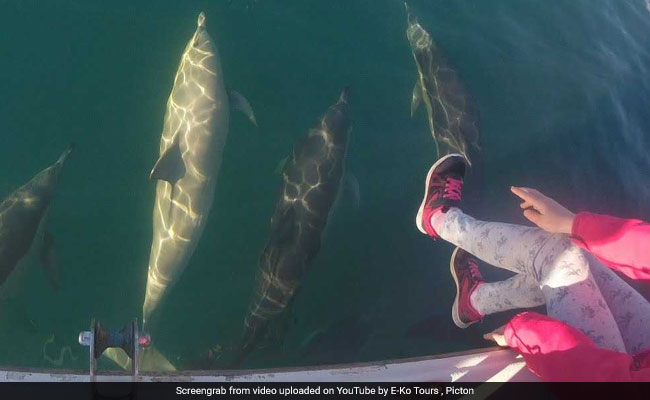 A white dolphin was spotted in New Zealand recently.

A rare white dolphin was spotted in New Zealand recently. According to local reports, passengers on board a wildlife tour in the Queen Charlotte Sound were treated to the sight of the white dolphin swimming with a pod of common dolphins.

Captain Paul Keating - who runs the wildlife company E-Ko Tours in Picton, explained to Ladbible that he first spotted the unusual white dolphin around two weeks ago. He added that it had been elusive ever since.

A video of Ghost swimming with its pod was shared on YouTube by E-Ko Tours. "GHOST is a very rare Short Beaked Common Dolphin who is WHITE," they wrote while sharing the video.

The white dolphin is now a regular in the waters, and has grown accustomed to the slow-moving tour boat. This means tourists have more chances of catching a glimpse of it.

In 2017, pictures of an albino dolphin calf in California took the Internet by storm.