Puneeth Rajkumar once attended an event with Jeff Bezos 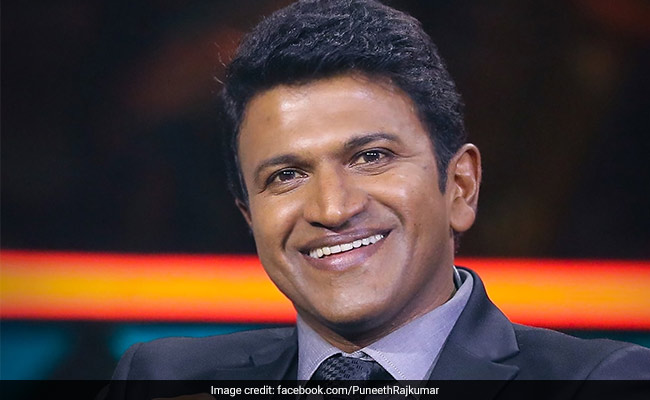 Puneeth Rajkumar died at the age of 46 after suffering a heart attack.

Actor Puneeth Rajkumar died after suffering a heart attack in Bengaluru today. He was 46. A superstar in the Kannada film industry, Puneeth Rajkumar's death has shocked fans and colleagues. Tributes to the Kannada star have overwhelmed social media. Comedian and actor Danish Sait mourned his "mentor and hero" in an emotional message shared on Instagram. Danish, who starred in Puneeth Rajkumar's production venture FrenchBiriyani, wrote: "I'm devastated, heart broken and honestly just at a loss of words."

"My Puneeth Anna is no more," he wrote, remembering Puneeth Rajkumar as "the finest human being in the world".

FrenchBiriyani, backed by Puneeth Rajkumar's PRK productions, was released on Amazon Prime Video in July last year. In his Instagram post, Danish Sait recalled a story he heard from "the folks at Amazon Prime Video" about the Kannada star. Puneeth Rajkumar once attended an Amazon event with Jeff Bezos. It was an event with a galaxy of film stars in attendance, and everyone was busy meeting each other or getting pictures clicked with Jeff Bezos.

Puneeth Rajkumar, however, stood apart from everyone. According to Danish, when the Amazon Prime Video team walked up to him, they asked him: "Appu, why don't you want pictures with anybody? Why are you quietly standing in the corner? You name the person and we'll bring them to you."

In response, Puneeth - or "Appu", as he was affectionately called by fans - smiled and said, "Really? I just want to meet Pankaj Tripathi." Pankaj Tripathi is a well-known name in the film industry today, but he struggled for years before his breakthrough role in Gangs of Wasseypur in 2012.

In his note, Danish Sait also remembered the conversations he had with Puneeth Rajkumar and the late actor's dream of producing films to set up a new generation of talent. In fact, Danish recalled, he once asked Puneeth why he didn't just produce his own films instead of risking his money on new actors.

"I've lost my own today," the stand-up comic wrote. "He was family... I can't fathom this loss. He treated people with so much love and respect. Five minutes with him and you walked out thinking 'Wow! That's the most down-to-earth superstar I've ever met."

Danish Sait concluded his note by extending a message of condolence to Puneeth's family.

Puneeth Rajkumar is survived by wife Ashwini Revanth and their two children. He was the son of veteran actor Rajkumar who began his career as a child star.